The 2018 County Rankings Report outlined glaring differences in the health of white Americans vs. minority groups. These same differences are reflected closer to home-in York county.

A new study shows York County is "pretty healthy" overall, but a closer look shows the area's minority populations are being left behind.

This year, Spegman's organization dug further into the data to include a breakdown by race and ethnicity. The findings revealed that race and socioeconomic status, rather than location, were often far greater harbingers of poor health.

On the surface, York County is a "pretty healthy county," he said.

Among Pennsylvania's 67 counties, York had a respectable rank of No. 19 in health outcomes and was No. 13 in health factors, according to the 2018 County Health Rankings Report.

In reality, though, Spegman said there are two different York counties — a larger, white population that is thriving and a minority population that is struggling to survive under a corrosive mixture of poverty, poor educational opportunities and lack of access to health care that often handicaps its children from the cradle.

As such, York County is following a trend that exists all over the country in terms of health equity, he said.

The County Health Rankings Report is prepared each year by the Robert Wood Johnson Foundation and the University of Wisconsin Population Health Institute.

Disparities begin at birth: The health disparities among infants and children highlighted in the report is a problem that Dr. Matthew Howie, medical director for the York City Health Bureau, has observed for years.

In this file photo, Dr. Matthew Howie, of the York County Bureau of Health, looks on as speakers discuss the "Warm Handoff" program, which gets overdose survivors from the emergency room directly into treatment for addiction, in the Medical Education Pavilion at WellSpan York Hospital (Photo: The York Dispatch)

"It doesn't completely surprise me. I hate to say that," he said.

Howie moved to York County in the 1990s and quickly noticed its "remarkably high" teen birth rate. Since then, the county's teen birth rate has declined along with the rest of the country, but that decline has not been nearly as steep in the minority population.

"A rising tide does not raise all boats," he said.

According to the County Health Rankings Report, the teen birth rate for York County is 24. When broken down by race, it's 19 for white teenagers, 42 for black teenagers and 59 for Hispanic teenagers. The teen birth rate is calculated using the number of births per 1,000 females in a population.

Often, these factors create a domino effect that can play into the lower birth weight and higher infant and child mortality rates that are experienced in minority communities.

Take, for example, the category of low birth weight, which is defined as the number of babies weighing under 5.5 pounds in a given year.

The disparities continue to widen as the infants grow. Child mortality, calculated as the number of deaths among children under age 18 per 100,000, is averaged at 50 in York County. Once again, the trend remains — 40 for white children, while doubling to 80 for black and Hispanic children.

Howie said local programs have been established to monitor and provide access for at-risk mothers and infants. The York City Maternal and Child Health program, along with Family First's "Connecting for a Healthy Pregnancy" and Nurse-Family Partnership, are just three examples of the local medical community's efforts to assist at-risk mothers and children by providing education and necessary resources.

However, the efforts haven't been enough to close the gap, because a broader range of cultural and socioeconomic factors are at play, Howie said.

No smoking gun: The "smoking gun" behind the health disparities is something that continues to elude experts, Howie said.

For example, economic status, discrimination and lack of access to quality health care are obvious suspects, but no study has been able to peg any of those factors as the main culprit, he said. 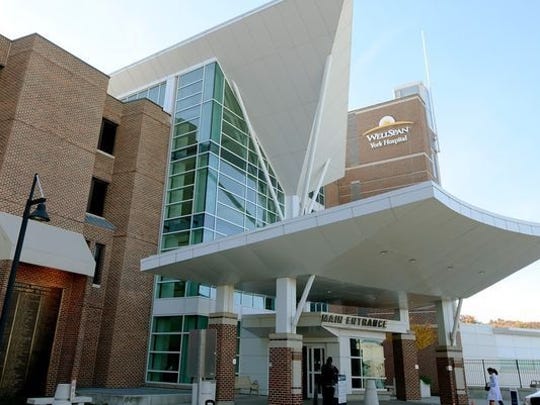 Kevin Alvarnaz, WellSpan's director of community health and wellness, emphasized that there have always been disparities in health outcomes between different racial populations, but in recent years, the health community has taken up the cause of finding the contributing factors.

WellSpan is one of a number of health organizations that have realized there are a number of social determinants behind the lack of health equity, he said.

Now, their challenge is to untangle them and determine which factors create the greatest barriers to equal health treatment and outcomes in a particular population and how they can be addressed.

In York County, WellSpan has moved to single electronic health records for each of its patients and is using the system to collect data that goes beyond the standard health issues. The organization hopes to use the data to pinpoint specific health factors it can improve for individual populations in the county.

Not entirely in the doctor's control: However, office visits and health care access only constitute 20 percent of the health outcomes of a community, Howie noted.

One of the few areas in the county health rankings study where all races are very close is in the access to clinical services.

Although there were slight discrepancies, black and white county residents both reported high levels of diabetes monitoring and mammography screenings.

To Howie, this is evidence that primary care providers have been successful in educating all of their patients about these health conditions, but what happens in the doctor's office has a smaller dent on a population's health outcomes than what many people realize.

"Eighty percent of the factors are beyond our control," he said.

A holistic solution: Howie said he believes that, to achieve true health equity, experts need to look outside the doctor's office and into the daily lives of patients.

It requires a more holistic approach and a combination of efforts from the entire community to address the factors that are beyond the realm of the health profession.

"This is an important step for us as a society to look at," he said. "My take on this — we have some work to do in York County."