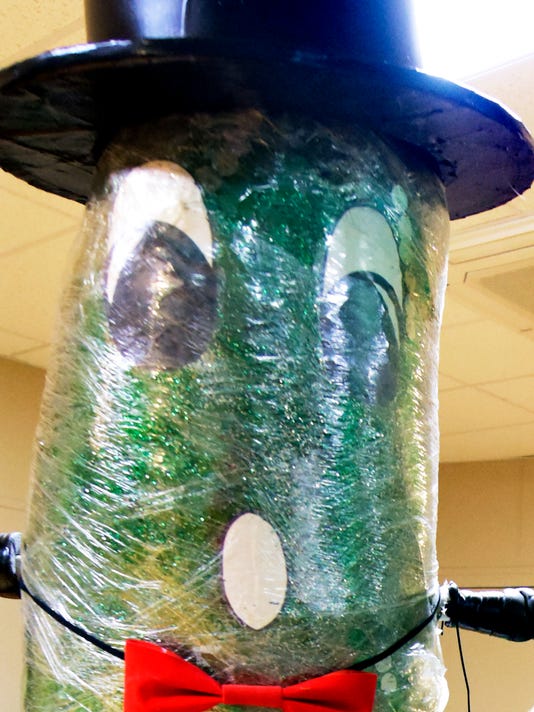 Amid a historic cold snap, Dillsburg Borough officials have decided to call off the town’s annual New Year's Eve activities, including the famed “Pickle Drop.”

The borough had several events planned in addition to the pickle drop, including children’s games and entertainment at Dillsburg Elementary School, but all have been canceled, according to a post on the official borough Facebook page.

A performance by the White Rose Figure Skating Club is postponed until Friday, Jan. 5, from 6-9 p.m. at Continental Square for First Friday.

More: Some areas of York County have nearly 4 inches of snow

According to a post from the York City Special Events Twitter account, officials said they did not “expect crowds to be standing outside for several hours in the bitter cold.”

UPDATE on #NYEyork outdoor entertainment: Due to frigid temps forecasted for this weekend, White Rose Figure Skating Club performances are being postponed as we do not expect crowds to be standing outside for several hours in the bitter cold. (1/2)

Temperatures are expected to get into the low teens to single digits with a wind chill making temperatures feel 5 to 10 degrees below zero, according to the advisory.

Many York County residents received as many as 4 inches of snow on Saturday, Dec. 30.

The National Weather Service warns frostbite could occur within 30 minutes to exposed skin during the hours under the advisory and recommends limiting time outside in the evening.