Johnson, 69, died on Saturday, Nov. 25, leaving behind a community in which she touched many lives through Helping Hand, her work as an advocate for Rape Crisis and as a foster mom for more than 30 children. 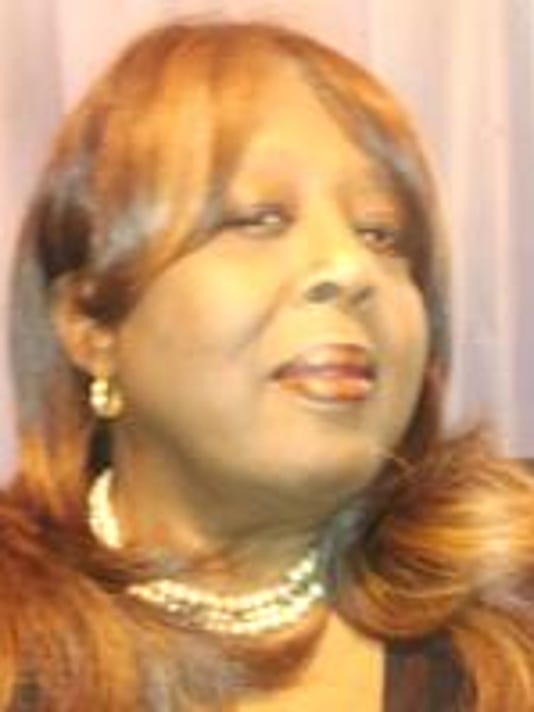 If there were two things everyone agreed on about Harriet Johnson, they were that she was always doing something and she wanted to help everyone.

"She was everywhere," said Toni Smith, who served on the York City Council when Johnson ran the local nonprofit York's Helping Hand for the Homeless.

Two of Johnson's sons, Mark and Tony Johnson, said she got together with local churches and soup kitchens to feed the homeless on the weekends, saying that people in need were in need on Saturday and Sunday too, not just Monday through Friday.

Harriet Johnson, 69, died Saturday, Nov. 25, leaving a community in which she touched many lives through Helping Hand, her work as an advocate for Rape Crisis Services and as a foster mother for more than 30 children.

More: Yorkers helping out in Red Cross response to Harvey

Mom of the town: Her son, Mike Johnson, 53, said she was a mother to so many people in town. She would walk down the street and people would say, "Hi, Ms. Harriet," and she'd talk to them for 20 minutes, giving advice, he said.

"If anybody gave her anything, she would always give it to someone else," said another son, Tony Johnson, 38. He said friends came to know her as "Mom."

Harriet Johnson brought up four boys — Steven, 45, as well as Mike, Tony and Mark — in the east end of York City, on East Princess Street. They didn't have much, but they made it work — a philosophy instilled in her by her own parents.

She never gave them more than they needed, and she taught them how to earn and be responsible, said Mark Johnson, 51.

Harriet Johnson, second from right, sits with three of her sons, from left, Mike, Tony and Steven Johnson. Harriet Johnson, a founder of York's Helping Hand for the Homeless, died Nov. 25, 2017, at age 69. (Photo: Submitted)

The brothers remember her for her strength, for always telling them to do well in school and be successful, knowing the world needed "more positive black males," Tony Johnson said.

More: Volunteers teaming up to hand out 2,500 Thanksgiving boxes in York

Helping Hand: Harriet Johnson and her friend Angela Sheffer founded York's Helping Hand for the Homeless in 1985 after hearing about 11-year-old Trevor Ferrell, who had been giving blankets to the homeless in Philadelphia, according to an article from The (Allentown) Morning Call.

"They thought, why does it have to just be in a major area?" Tony Johnson said, and they began contacting every church in their area.

"There was not a church in York that did not know my mom," he said.

They named their organization after Ferrell's, and it was called Trevor's Campaign for the Homeless before later being renamed.

Harriet Johnson's parents and grandparents were big on family, Tony Johnson said. His mother would always say, "it takes a community to raise a family," he said. "She always felt like in York she was part of that community and wanted to help."

Through the organization, she started a literacy program for children and adults, also offering a variety of other classes — from cooking and parenting to hygiene and safe sex.

There was never a shortage of volunteers for the organization. Every time Harriet Johnson left a church after speaking, another group of people wanted to volunteer, Tony Johnson said.

Smith recalls working with the organization, often getting called on by Harriet Johnson to help with whatever she could, including arranging funerals for homeless individuals who had died.

"I could get things done just by being a councilwoman," she said.

Longtime volunteer Debbie Mancuso was surprised to hear the news of Johnson's passing.

She met Johnson in 1988 when Helping Hand was still called Trevor's Campaign, and she offered her Felton farm to help with fundraisers for the organization.

"We bought our farm for the purpose of helping the community," she said. With Helping Hand, Mancuso hosted Girl Scouts, games, a petting zoo and auctions.

Mancuso said Harriet Johnson put family first, but the program was her passion in life.

"She really worked for the program, and they didn’t think it would get started in the city and it did," she said. "When you have a mission as worthy as she has, it’s something to be proud of over the years."

"When my mom was younger, she would watch girls get beat up by guys and that was a moment that really touched her, " Tony Johnson said, recalling when Harriet Johnson became an advocate at a rape crisis center. She also spent two years in Maryland helping women in need.

More: No shortage of 'magic' for Christmas light display

Many of her projects were centered around kids, which Tony Johnson said was "her true passion."

Harriet Johnson did not really talk about what she did, but, her sons said, they have a book of awards and articles commemorating her work. She is also recognized in a book of 2,000 "most notable women" in Martin Memorial Library.

Mike, Mark and Tony Johnson said a lot of people have called them about coming to the funeral. They said they all looked at each other, shook their heads and said they didn’t think it would be small.

A visitation and services for Harriet Johnson will be held at Unity Church of God in Christ at 121 Ridge Ave in York City at 10 a.m. on Saturday, Dec. 2, according to her obituary.