Police: York City man assaulted woman with 'anything he could find'

York City Police say Devell Laquez Dickson woke up a woman and started beating her, which sent her to the hospital.

Police: York City man assaulted woman with 'anything he could find' 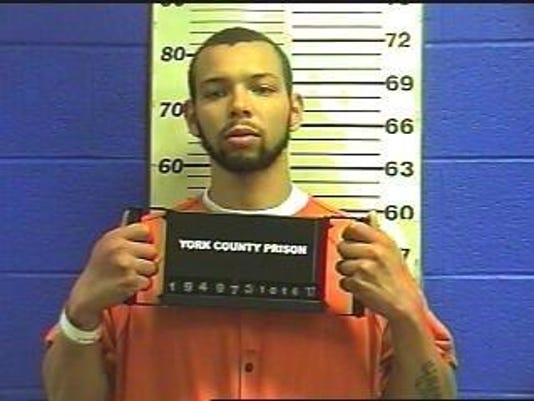 A York City man is accused of assaulting the mother of his children with "anything he could find," including tables and knives, according to police.

York City Police say Devell Laquez Dickson woke up the woman and started beating her to the point she required medical treatment.

Dickson, 24, of the 600 block of West King Street, is charged with aggravated assault, terroristic threats and attempted simple assault.

Alleged assault: The victim told police she was awoken by Dickson in their home about 4 a.m. Sunday, Oct. 14, and that he started beating her, court documents allege.

He dragged her into an adjoining room and beat her with anything he could find, according to police. He threw tables and knives at her and kicked and punched her while she was on the ground, charging documents state.

This continued in the kitchen, where police say he struck her in the head with a pot several times and told her "I'm going to f—ing kill you, b—."

She ran for help and was found by a cab driver, who called police.

She told police her arm was broken, and her face and head were bleeding and bruised, charging documents state.

She was taken to the hospital for treatment, police said.

Dickson was arraigned on the charges Sunday and was sent to prison in lieu of $80,000 bail.

He is also charged with simple assault and trespassing in a separate case, court documents state.

His preliminary hearing is scheduled for Nov. 20 at District Judge Joel Toluba's office.