A Carroll Township man is accused of molesting a girl a few years ago, according to police. 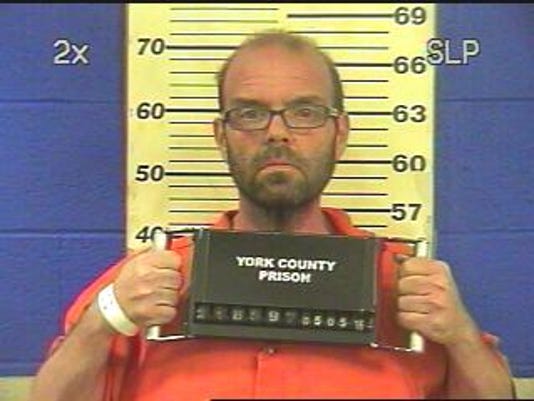 A Carroll Township man who pleaded guilty to the possession of child pornography this year is now accused of molesting a girl a few years earlier, according to police.

Dwayne E. Pope, formerly of the 400 block of Range End Road in Dillsburg, is charged with indecent assault of a person younger than 13 and corruption of minors, charging documents state.

Pope, 44, whose current address is listed as York County Prison in Springettsbury Township, is facing  trial in the York County Court of Common Pleas on the most recent charges.

According to his online court docket, Pope waived his right to a preliminary hearing Friday.

Carroll Township Police allege  Pope molested the daughter of an acquaintance of his a few years ago.

Allegations: In October 2015, the victim's mother reported to police that her daughter had been touched inappropriately by Pope a few years earlier, documents state.

The victim's mother said she had heard around that time that Pope had been charged with indecent assault, and she decided to talk to her daughter about it, police said.

The victim, 11 at the time, spoke with officials at the Children's Advocacy Center in York City in October 2015, documents state.

The girl said that when she was 7 or 8, Pope had touched her in "inappropriate places," according to police.

The victim said she would go to his house, and he would lift her shirt  and touch her chest, court documents allege.

The victim also said Pope exposed himself and told her to look at his genitals a couple of times, documents state. Police say he told the victim to never tell anyone what they were doing.

Carroll Township Police filed the latest charges in early May but did not specify  when the alleged incident happened.

John Mooney, who is listed as Pope's attorney, could not be reached.

Pope's formal arraignment on the most recent charges is scheduled for 9 a.m. June 23 in front of Judge Gregory Snyder.

Pope admitted the underwear belonged to a child he is familiar with, police said.

A forensic analysis of Pope's home computer found that he accessed pornographic material on his Netflix account, and a cellphone inspected by officers was found to contain 118 images of nude girls ages 9 to 13 in sexually suggestive poses.

Online court records show that Pope pleaded guilty Jan. 31 to possession of child pornography. His sentencing in that case is scheduled for July 5 in front of Judge Harry Ness.

Indecent assault charges: In October 2015, Pope was charged with attempted child rape, among other charges.

Police said at the time that Pope sexually assaulted an 8-year-old and a 9-year-old numerous times over several years. The children are now young adults, police said.

Online court records show that in March 2016, Pope pleaded no contest to corruption of minors. The rest of those charges were dismissed. He was sentenced to four years' probation and must complete sex offender treatment, court records state.

Pope has been in York County Prison since June, when he was arrested on the child pornography charges, according to online court records.