A Jackson Township man charged in an unrelated overdose case and two other men are accused in the overdose death of a man who died late last year, according to police. 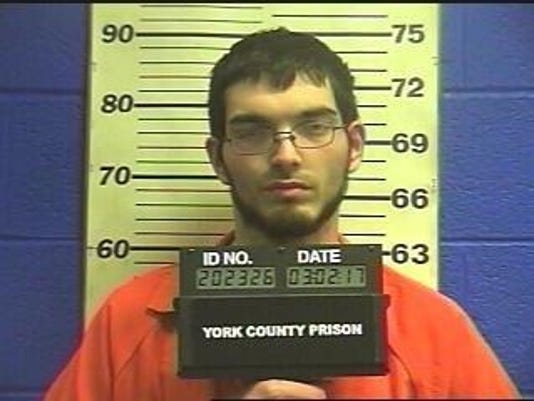 A Jackson Township man charged in an unrelated overdose case and two other men are accused in the overdose death of a man who died late last year, according to police.

Beatty, 35, of 111 Edgar St., in York City; Ditzler, 24, of Kopp Road in Jackson Township; and Tuff, 24, of 1295 Moulstown Road in Hanover face charges of drug delivery resulting in death and involuntary manslaughter, among other charges, according to court records.

Police say Beatty sold the drugs to Ditzler and Tuff, who then sold a portion of it to Gaskins.

Ditzler also is  accused of providing drugs that killed another man last summer.

Drug purchase: According to court documents, Gaskins, 21, was found unconscious in his Jackson Township home in the early afternoon hours of Dec. 23. Emergency personnel were unable to revive him on the scene, and he was transported to York Hospital, where he was pronounced dead.

Police say Gaskins had used controlled substances, and he was found with white powder on his nostrils.

Through investigation, police were able to determine that Gaskins had met Tuff earlier in the day to purchase heroin, police said.

Gaskins' girlfriend dropped him off in York City to meet with Tuff near the Turkey Hill on West Market Street  about 12:30 p.m., charging documents state. She then drove around the block to wait for him, police said.

Gaskins went into a nearby residence, where he met with Tuff and Ditzler, court documents state. Tuff gave Gaskins the last of his heroin, which Gaskins "shot up" in his arm, according to police.

Gaskins wanted more heroin, and Tuff told him that he and Ditzler were meeting Beatty to get more, charging documents state. Video surveillance outside the Turkey Hill shows Gaskins briefly returning to his girlfriend's car before following Ditzler and Tuff south on South West Street, police said.

Not long after, Ditzler and Tuff entered Beatty's vehicle and exchanged money and drugs while Gaskins stood outside the car, documents state. Ditzler and Tuff bought the drugs and gave a baggie to Gaskins, police said.

Tuff and Gaskins then left the area and headed back toward the Turkey Hill, and Ditzler left in the vehicle with Beatty, according to court documents.

Taking the drugs: Gaskins returned to his girlfriend's car, and the two headed back to his home, where they took the drugs  about 2:30 p.m., police said. His girlfriend left not long after, documents state.

Police were sent to Gaskins' residence  about 3:15 p.m. when he went into cardiac arrest, according to police. A toxicology report determined Gaskins' death was caused by fentanyl toxicity, according to court documents.

Neither Tuff nor Beatty have attorneys listed.

For that, he is charged with drug delivery resulting in death, involuntary manslaughter and drug dealing. He remains in York County Prison on $800,000 bail.

Ditzler and Tuff are scheduled to be arraigned on the latest charges Monday before Magisterial District Judge Thomas J Reilly. Beatty's arraignment has not been scheduled, according to online court records.