Case in limbo for mother of slain tot

A Jackson Twp. woman accused of killing her toddler remains in a state mental-health hospital and is awaiting a psychiatric evaluation to determine whether she's competent to stand trial.

Case in limbo for mother of slain tot

A Jackson Township woman accused of killing her toddler remains in a state mental-health hospital and is awaiting a psychiatric evaluation to determine whether she's competent to stand trial.

Regina Lester, 31, was transported from York County Prison to Torrance State Hospital on Sept. 20 by York County sheriff's deputies, according to county court records. The hospital is in Westmoreland County, about 50 miles east of Pittsburgh.

Nothing in her court record suggests that she was taken there for an evaluation, although a York County judge in August granted a defense request to have such an evaluation done, albeit at York County Prison.

A filing in the York County Prothonotary Office, which handles civil cases, suggests the request to transfer Lester to Torrance came from inside the prison. PrimeCare Medical Inc. filed a complaint July 13 listing Lester as the defendant.

Lester spent the six days between her arrest and incarceration at York Hospital.

She was naked and acting erratically when officers arrived at her home in the Chesapeake Estates mobile-home park, where they found Bella dead on the floor of Lester's trailer. There were open packages of synthetic marijuana — known as K2 and spice — and a smoking pipe near the child's body, police have said.

Deep bite marks: Bella suffered numerous bruises on her body and had several deep bite marks on her torso, according to charging documents. 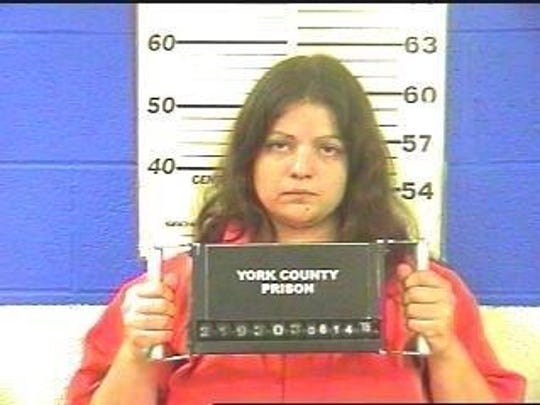 John Hamme, Lester's defense attorney, said he's hopeful Lester will at some point have her preliminary hearing. He filed a petition in August asking for a competency hearing, and that motion was granted.

Second evaluation sought: On March 8, he filed an amended petition for a competency evaluation. He told The York Dispatch he amended the petition to ask that Lester be evaluated where she was currently being held.

But Hamme's amended competency petition states that "the defendant's ongoing mental and physical disabilities may prevent (her) from understanding the nature and object of the criminal proceedings," and that they could prevent Lester from assisting in her own defense.

"At this time there's no way to even guess that," he said.

The background: Lester — who graduated from Spring Grove Area High School in 2005 and from York Technical Institute for business administration/hospitality in 2007 — is charged with homicide, child endangerment and making terroristic threats, and was denied bail.

Bella's regular baby sitter, Andrew Day, who also lived in Chesapeake Estates at the time, told The York Dispatch that Lester confided to him that "synth" (synthetic marijuana) was her "DOC," short for drug of choice. 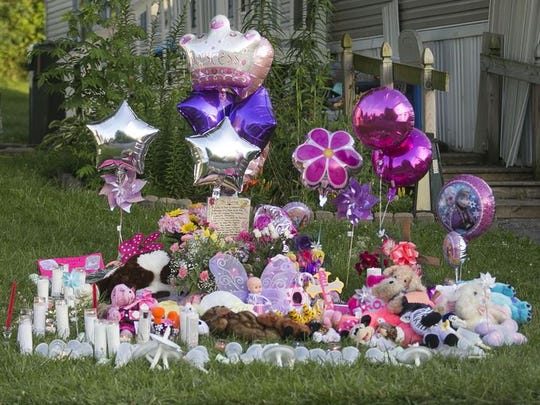 Friends, neighbors and loved ones created this memorial for 3-year-old homicide victim Isabel Rose Godfrey for a candlelight vigil in remembrance of the tot. (Amanda J. Cain photo) (Photo: The York Dispatch)

It was Day's home where Bella's 6-year-old brother fled for help, telling Day, "My mommy’s killing Bella — you need to come quick,” Day said a few days after the homicide.

Day said he wasn't panicked as he walked to Lester’s home because it wasn’t the first time the boy had made similar claims. On those prior occasions, Bella would be fine, Day has said, although sometimes Lester was what he described as incoherent.

“She ran out of the house naked and said, ‘I killed Bella. Please don’t hate me,’” Day said, prompting him to run inside.

“The house was all torn apart,” he said, and Bella was lying on the floor. “She didn’t have a pulse. I performed CPR.”

Day said he stopped CPR when it was clear Bella was gone. He said he then turned his attention to Lester and went outside, where he and a neighbor had to restrain the naked woman.

“She wasn’t looking at me — she was looking through me,” he said.

Regular drug tests: Lester was a client of the York County Office of Children, Youth and Families and was being drug tested by the agency, according to a York County spokesman, who said Lester also was receiving in-home services from an agency that contracts with CYF.

Lester's mother, Robin Godfrey, has told The York Dispatch that Lester was being drug tested every three days but not for synthetic marijuana.

Synthetic marijuana doesn't show up on typical drug tests, according to Chris Goldstein, a Philadelphia-based advocate for marijuana consumers and patients. The biggest users are people who are regularly drug tested, he said.

Godfrey also said she saw her daughter an hour before Bella's death and that Lester was acting normally and seemed fine. The grieving grandmother blames synthetic marijuana for the tragedy.

Lester also remains charged with aggravated assault for allegedly assaulting a nurse at York Hospital after being admitted there, police have said.