Natalie Brown bared her heart Tuesday night to the eight young people targeted by York City's Group Violence Intervention initiative, hoping to reach them before it's too late. 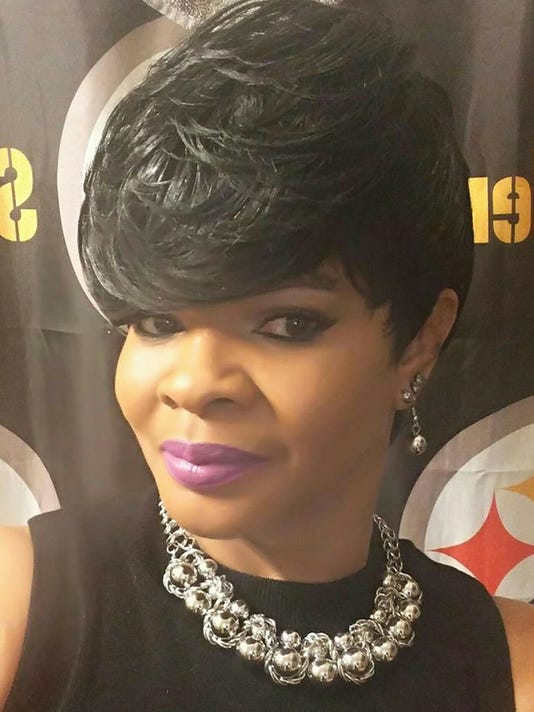 Natalie Brown bared her heart Tuesday night to the eight young people targeted by the Group Violence Intervention initiative, hoping to reach them before it's too late. Her powerful message left some in tears.

Brown introduced herself, although she said the eight sitting in front already knew her:

"I am Gus and Flair's mother," she said.

Then she introduced Na'Gus Griggs by placing an urn containing his ashes on the podium where she stood, a baseball cap sitting atop the urn.

Flair Griggs is alive but serving time in state prison.

City official shares his past to reach troubled Yorkers

Pain 'unbearable': Brown urged the eight young people not to live a life that will lead them down either path.

"I'm telling you, the pain is unbearable," she said. "There are some days I don't want to wake up."

Brown said as a mother, she didn't need anyone to tell her that Gus — a star basketball player at New Hope Academy who hoped to attend college — was dead. She just knew.

It was only about a year earlier that Flair had gone to prison, she said.

"My whole life just dropped out of me," Brown said.

Street code 'stupid': Gus was killed because he was Flair's brother, she told them.

"It's stupid. ... Stop living by the street code," Brown urged the eight. "Don't let your parents receive that phone call."

Brown said she shared her pain because she wants to do everything she can to keep another parent from suffering the grief and pain she endures.

"Be leaders. Stop being followers," she told them, adding that York has a lot to offer them. "I'm begging you — please, please stop the violence."

Gus was 18 years old when he was fatally shot Sept. 8, 2014, while sitting in a car at the corner of East Princess and South Pine streets. His friends fled the car, leaving him to die alone.

Flair Griggs, now 20, was just 16 years old when he fatally shot 17-year-old Joseph Gomez Jr. in self-defense outside the McDonald's on South George Street in April 2013. He is serving a three- to seven-year prison sentence for illegal firearm possession and reckless endangerment.