Springfield Township resident Mike Ebersole said he believes his calling in life is to help others.

Springfield Township resident Mike Ebersole said he believes his calling in life is to help others and that becoming the Shrewsbury area's next magisterial district judge would simply be his latest way of serving his neighbors.

"I just want to give back to the community," the 49-year-old police officer said. "I've lived my life through my job and the citizens I've served."

Ebersole is a York City police officer, hired  in 2004. Prior to that, he spent about eight years as a York County sheriff's deputy, he said.

He said becoming a district judge is the logical progression for him.

"It's just part of my calling in life," he said. "I see this as being another avenue to protect citizens and my neighbors from people who are breaking the law. ... I don't feel this is a job. I feel it's more of a role that's vital for the right person to hold."

Ebersole was raised in York County — including in York City, Red Lion and Spring Grove — and graduated from West York High School in 1986.

"Growing up, I had the opportunity to know so many wonderful police officers," he said. "And how they gave back to me? I wanted to do likewise — to be an inspiration for a young child who may not have a father. I want them to see me as that person, if possible."

Volunteer referee: Ebersole has spent 23 years as a high-school basketball referee for the York-Adams Interscholastic Athletic Association and has tried to be a mentor to student athletes, he said.

"It's a sport I love, and I'm able to reach out to kids in a positive way," he said. "I referee basketball all year long." 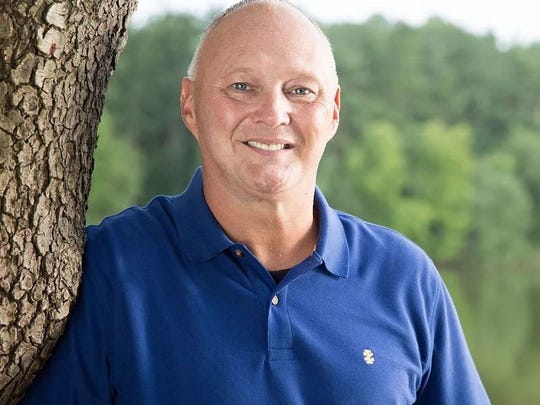 Michael Ebersole, a York City police officer, is campaigning to be the Shrewsbury area's next magisterial district judge. The primary election is May 16, 2017. (Photo: Submitted)

In 2014-15, he was a volunteer assistant with York County's Gifts of Hope holiday program for disabled children.

He coordinated with other first responders to hand out gifts, food, clothing and "anything that the families requested that we could help out with," he said.

"If I could adopt every child," Ebersole said, he would.

Busy with outreach: He also reads to children and plays games with them as part of a Martin Library reading program.

"Community outreach keeps me very busy," he said, adding he enjoys being a bridge between law enforcement and citizens.

"I think my neighbors and members of our community see me as the person I am," Ebersole said. "I'm not a false person, and I didn't just come out of the woodwork."

He is currently not working and on injured status after being struck Dec. 16, 2015, by a drunken driver at the corner of Philadelphia and Hartman streets in York City.

Injuries: Ebersole was on the way to a Martin Library youth-outreach program when it happened. He suffered broken hand bones, broken ribs, a crushed disc and a severe concussion, according to his wife, Marlena Ebersole.

Ebersole and Marlena have three adult sons — Cori, Tucker and Luke. The couple will celebrate their 26th wedding anniversary in May.

For more information about the candidate or his campaign events, visit his Facebook page at Ebersole4Judge or his website, ebersole4judge.com.