A bill named after two York County domestic violence victims murdered in May 2015 is making its way through the state House this week. 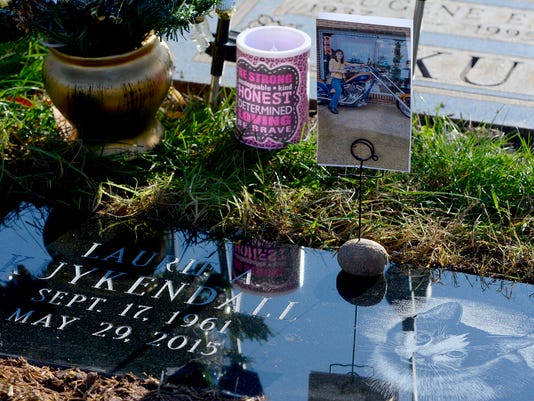 The family of Laurie Kepner release "notes to heavan," balloons with messages attached from her gravesite in Emanuel Cemetery in Lewisberry, Saturday Dec. 5, 2015. Kepner and her firend Barbara Schrum killed by Kepner's estranged husband May 29. (John A. Pavoncello - The York Dispatch)(Photo: The York Dispatch)Buy Photo

A bill named after two York County domestic violence victims murdered in May 2015 is making its way through the state House this week.

State Rep. Kate Klunk, R-Hanover, introduced Laurie’s and Barbara’s Law on Monday. It would require minimum standards of training for local and state police when responding to domestic violence calls, including standards for assessing the victim's "lethality risk," or how likely a domestic violence victim is to be killed by their partner. It also would  establish a grant program to pay for those requirements.

The bill is named after 54-year-old Laurie Kuykendall Kepner, of West Manchester Township, and her friend, 55-year old Barbara Schrum of Dover. Denied a police escort per policy that only allowed them an escort with a court order, the friends went to Kepner’s estranged husband's Warrington Township home to retrieve her belongings. It’s there that investigators said Martin Kepner fatally shot his wife and her friend  before turning the gun on himself.

“Since their tragic deaths, the families of Laurie and Barbara have worked tirelessly advocating for the lethality assessment program to be implemented in Pennsylvania,” Klunk said in a release. “Introducing this bill is just a small step in the families’ fight to prevent additional domestic violence-related deaths and injuries."

Lethality assessment is a method used by law enforcement to identify domestic violence victims who are at the highest risk of being seriously injured or killed by their partners. Officers can ask a series of questions to determine if the victim is at an increased risk. If they are, the responding officer would call a local 24-hour domestic violence hotline for advice and then encourage the victim to speak with the specially trained hotline advocate.

Klunk said she was approached by the families of the victims to help other victims in Pennsylvania.

Although the program started in Maryland, Klunk said police officers  across Pennsylvania are asking for training on the program locally. The legislation, she said, would not only save the lives of domestic violence victims but also would  give local and state police the ability to cut down on repeated domestic violence calls.

The Police Department Grant Program, administered by the Center for Local Government Services within the state Department of Community and Economic Development, would allow police departments to apply for grant funding to cover the costs of response training and cellphones that might be needed to reach domestic violence hotlines.

The bill has been introduced into the judiciary committee, where Klunk said it’s likely to remain in the final days of the 2015-16 legislative session. However, she said, she plans to reintroduce the legislation if re-elected and given the chance in the next session. 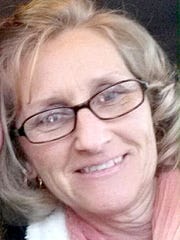 “Maybe even just reading this story will make (domestic violence victims) reach out to their local services — Access-York or YWCA — and realize they’re not alone,” she said.

If you or someone you know is a victim of domestic violence and needs counseling, legal, medical or financial services, call YWCA York/Access at 800-262-8444 or the National Domestic Violence Hotline at 800-799-7233.