It appears the decision of whether West York Mayor Charles Wasko continues with his job after complaints of racist Facebook posts that have surfaced ultimately will be his.

It appears the decision of whether West York Mayor Charles Wasko continues with his job after complaints of racist Facebook posts that have surfaced ultimately will be his.

"At the end of the day, I can't remove him from office," said Mauck, who told The York Dispatch he found Wasko's posts "disgusting" and "deplorable."

After all, racist speech isn't a crime, and only criminal convictions from certain "infamous" crimes can remove someone from office, Suchanic confirmed.

Mauck does plan to put forward a motion to censure the mayor, chastising Wasko for the posts and saying that those views are not the views of the borough government. He and several other council members have called on the mayor to resign.

On Wednesday, The York Dispatch reported that Wasko, who was elected mayor in 2013, has posted several pictures on Facebook this year that council members took issue with: Two compared President Barack Obama and his family to apes, and one suggested Obama should be hanged with a noose. Another post featured a fictional black person saying that socialism is "when the white folks work every day so we can get all our governmental entitlement stuff for free."

Wasko didn't respond to multiple messages from The York Dispatch seeking comment Wednesday and Thursday. The Associated Press was able to get a hold of him briefly Thursday; he told the organization he'd have more to say soon about what he called the "witch hunt" against him.

As of Thursday afternoon, he hadn't deleted any of the photos the Dispatch pointed out in previous reporting, and his profile remained public. One of his Facebook friends commented on a picture that wasn't racial in nature that the mayor had "made the Dispatch," to which Wasko wrote a couple of sentences in response.

"Sorry, But I will not be politically correct, I say what is on my mind and what I believe in, I say what people think but are afraid to upset the liberal media and crooked politicians ... there will be more to come from me," he wrote. "When I ran for this position, I told the residents that I will work with council but I won't put up with and wrong doings. I will let residents know what they really do, and the bomb is ready to drop on Mauck and (councilman Brian) Wilson."

Wasko, as mayor, only has a voting role in council meetings to break a tie. His position is supposed to be more of an advocate for the community, Mauck has said. But Wasko, as mayor, does have some input into the day-to-day operations of the police department.

Chad Baker, head of the York County Democrats, started a petition Thursday on MoveOn.org calling on Wasko to resign. At about 5:45 p.m. Thursday, it had more than 110 signatures. 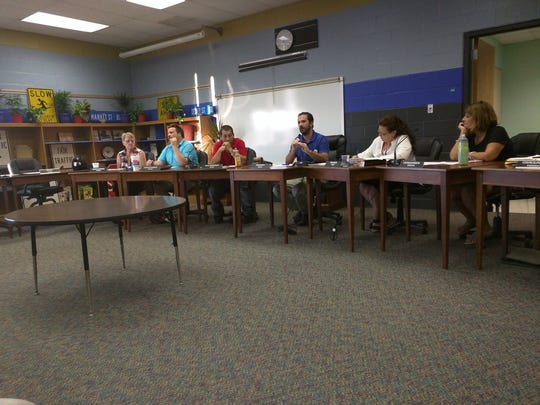 Local reaction: West York resident Scott Schaffer had heard the story of the controversy around the mayor's posts and said he thinks the whole thing is being turned into more than it is.

"They're blowing it out of proportion," he said. But he also noted that Wasko is a public official, so "it's not very wise of him" to post such views publicly.

Deb Kress, another borough resident, said Thursday that she hadn't heard of issues with the mayor's posts, but she was displeased when she heard the mayor had compared the Obamas to apes.

"If he's racist, he shouldn't even be in office," she said.

The only state ethics law relating to public elected officials has to do with financial issues, such as conflicts of interest or improper donations, said Rob Caruso, executive director of the Pennsylvania State Ethics Commission.

"It's about using their position for personal gain," he said, and not for anything merely morally questionable.

In the first week of January, Seitz posted a comment on The York Dispatch's Facebook page. He was commenting on a photo of two black teenagers playing basketball during a game between local high schools after which a fight erupted. In an apparent response to the fight, Seitz wrote, "Animals don't play well with others."

He also posted a comment a few months before that on The York Dispatch's Facebook page regarding a story about a local vigil held to remember Michael Brown, fatally shot by a police officer in Ferguson, Missouri, in 2014. Brown's death led to rallies and protests around the country.

"I donated my last 's—' to Mikey Brown. Might donate another one later," Seitz wrote.

But the only mechanism to "fire" elected officials who haven't committed a crime is the popular vote, Caruso said. Wasko's position is up for a vote in 2017.

— Sean Cotter covers York City for The York Dispatch. Contact him at scotter@yorkdispatch.com or on Twitter at @SPCotterYD.