The death of a convicted heroin dealer charged in Tuesday night's home-invasion double homicide in Fawn Township has been ruled a suicide, according to the office of York County Coroner Pam Gay. 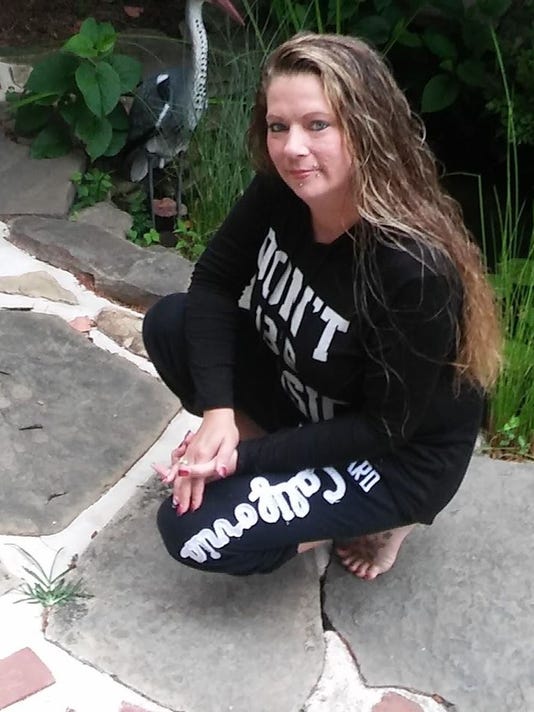 The death of a convicted heroin dealer charged in Tuesday night's home-invasion double homicide in Fawn Township has been ruled a suicide, according to the office of York County Coroner Pam Gay.

Veronique Aundrea Henry, 32, of 3835 Susquehanna Trail in Manchester Township, was found unresponsive in her prison cell after she hanged herself, and prison officials called 911 about 10:10 a.m. Thursday, according to the coroner's office.

Despite medical intervention, Henry did not regain consciousness, and she was pronounced dead inside York County Prison, according to a coroner's office news release.

Henry and husband Paul Jackson Henry III, 40, of 867 Canal Road Extended in East Manchester Township, were arrested about 11:15 a.m. Wednesday by state police on Route 322 in Dauphin County. They were taken to county prison without bail after being arraigned on charges of homicide, robbery, burglary, aggravated assault, simple assault, theft and conspiracy.

Veronique Henry did not indicate she was contemplating suicide after being locked up Wednesday, according to a news release from York County spokesman Carl Lindquist. Any inmate with suicidal thoughts or who meets criteria for suicide risk is placed on intensive supervision, and counseling is offered, the release stated.

Investigators broadcast a be-on-the-lookout alert for the Henrys, who police had developed as suspects in the double homicide, Wednesday morning, according to Trooper Rob Hicks, a state police spokesman.

Alleged heroin dealer Foday Cheeks, 31, was fatally shot about 10 p.m. inside his 706 Brown Road house during a home-invasion robbery, according to police and the York County Coroner's Office. Also killed was Danielle Elizabeth Taylor, 26, of South Water Street in Spring Grove.

Autopsy results: An autopsy Thursday determined Cheeks died of multiple gunshot wounds, according to Gay, who has ruled the death a homicide.

Taylor's autopsy determined she died of a gunshot wound to the neck, according to Gay; Taylor's death also has been ruled a homicide.

State police allege the Henrys committed the home-invasion robbery and, after fatally shooting Cheeks and Taylor, rounded up the four other people in the home and took their cellphones. The Henrys then rummaged through Cheeks' home looking for drugs, according to state police. 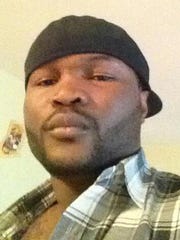 Kids in home: The four people who survived the home invasion were unharmed, officials said. They were two adult women and two boys, ages 12 and 14, police said.

"We know drugs was part of the motive," Hicks said, but he stressed that police have not yet determined if that was the couple's sole motive.

Charging documents against the Henrys allege they went into Cheeks' home "with intent to commit the crime of criminal homicide."

Hicks said a state trooper spotted the Henrys on Route 322 Wednesday and tried to pull them over, but they took off. The brief pursuit ended in a minor crash involving the Henrys' vehicle and a state police cruiser, Hicks confirmed.

No one was hurt in the crash, he said.

Pending heroin case: Cheeks was free on $25,000 bail, charged with two felony counts of heroin possession with intent to deliver, according to court records. His next court appearance was a pretrial conference scheduled for Dec. 7. 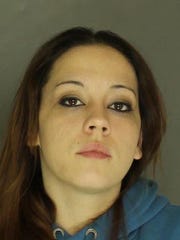 Danielle Taylor, 26, of Spring Grove, was fatally shot inside a Fawn Township home during a home-invasion robbery on Sept. 13, 2016. (Photo: Submitted)

The next day, the task force filed charges against Cheeks and his live-in girlfriend, Kristen Lee Smith, 35, who is in York County Prison charged with the same offenses.

Police allege Cheeks agreed to deliver heroin to another person, in addition to having it in his home. Charging documents do not say how much heroin was allegedly seized. Both Henrys have criminal records in York County.

The homicides: According to charging documents, witnesses inside Cheeks' home heard a knock on the door that was answered by Taylor, who had been in the kitchen making food.

Cheeks and others, including the boys, were in the living room when they heard a loud bang, documents state. They called out to Taylor but got no answer, at which point Cheeks went to investigate, police said. 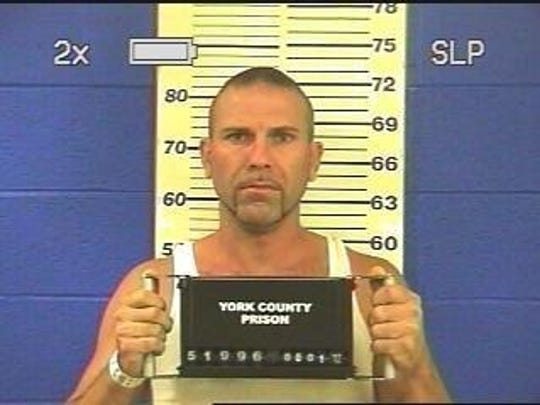 The witnesses then heard multiple gunshots, and at least one of them saw Paul Henry shooting Cheeks multiple times with a silver gun, charging documents allege.

The Henrys both brandished handguns during the home invasion, according to documents. They stole the cellphones of the four people inside and a purse belonging to one of the women, police said.

The gun-wielding Veronique Henry stood guard over the four surviving victims while her husband went upstairs and rummaged around, police allege. At some point Paul Henry "demanded to know where the drugs were located," documents state.

After about 10 minutes of Paul Henry searching the house, the Henrys told the two women and two children to stay on the floor for 20 minutes or they would be shot, and the couple then left, documents allege.

York County chief deputy prosecutor David Sunday said the investigation into the double homicide is still active and must determine "what drove these individuals to do what they did."

Cheeks wasn't believed to have been a large-scale drug dealer, according to the prosecutor.

"However, he certainly is someone who sold heroin in the past," Sunday said.