The York City administration plans to roll out a $300,000 plan that will change the way its police approach gang violence.

The York City administration plans to roll out in the next few months a $300,000 plan that will change the way the police department goes after gang violence.

The "group violence intervention" program has been successful in other cities large and small, cutting down on gang and youth violence by providing the means for gang members to get out of that lifestyle — and promising tough consequences if they don't take it, according to York City Mayor Kim Bracey.

Bracey said the price tag for the three-year program from the National Network for Safe Communities will work out to about $100,000 a year. It was developed by nationally renowned criminologist David M. Kennedy and has been used in cities including Cincinnati, Minneapolis and Boston, where it was created under the name Operation Ceasefire. Right now, cities including Baltimore, Chicago, Oakland and New Orleans are implementing Kennedy's programs.

Kennedy's organization, which operates out of the John Jay College of Criminal Justice in New York City, declined to comment on the record, as there's no formal agreement in place with York City. But the organization provided some literature that detailed the general approach and the thought processes behind the group violence intervention program, which in part seeks to turn the criminal-justice system away from reacting with punishment first and also aims to foster better trust between the police and communities of color.

It's premised around an idea that York City Police Chief Wes Kahley already has repeatedly voiced: A very small number of people in a place are perpetrating the vast majority of violent crimes there. So, it follows that to cut down on the violent crime, law enforcement has to identify and target that small group of people, who are often involved in gangs or the drug trade, according to Kennedy.

Carrot and stick: Kennedy's strategy for doing so involves the metaphorical carrot and stick. In his initiatives, police work with social services and community partners to identify and then "call in" — often using the probation department or some other immediate threat of arrest — violent offenders to a moderated community meeting. In the weeks before, law enforcement will have carried out a major raid on one of the local criminal groups to show the cops mean business, according to what's essentially a broad how-to guide Kennedy's organization has for these programs. 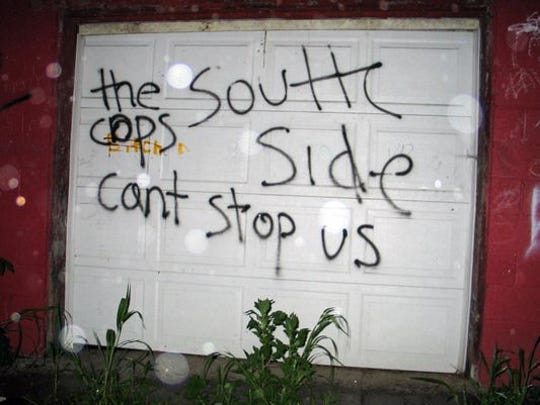 At the meetings, authorities offer the attending criminals first a "moral message against the violence," then a helping hand in the form of social-services programs such as mental-health treatment, education and job-placement programs. And then there's the threat: Take the carrot, or else the heavy stick of the criminal-justice system will come down on the gang.

It focuses on group responsibility — and therefore group punishment: Any gang whose members shoot or kill people becomes the target of a large-scale law-enforcement investigation culminating in police raids and arrests, Kennedy wrote.

Bracey: After a news conference Tuesday about gun violence, Bracey said her administration was "leaning toward" the program. She spoke more at length and with more commitment the next day.

"The goal is still mid-July to roll out" the Ceasefire-style initiative, she said by phone Wednesday.

She praised the multi-faceted and evidence-based approaches of the initiative.

"It could help with so many issues," the mayor said. "Anything from drug issues to the gun violence."

She said the focus of Kennedy's programs, on gangs and the drug trade, works well for York City.

"We know that our gun violence is very much gang-related," she said. 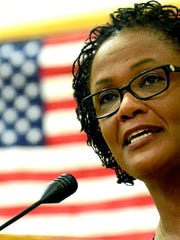 The initiative's analysis of the social structure of the groups — Kennedy's literature calls it a gang "audit," looking at the structure of the group, what "beefs" it has with other groups, what illegal activities it conducts and more — behind the violence is a key part of that, and Bracey said Kennedy's organization would provide much of the technical support for that.

"They'll be here or working closely with us," Bracey said.

And she said she was optimistic about the movement toward offering gang members routes out.

"Oftentimes the first thing is a job — the opportunity to make something of themselves," she said. "I don't know where they get lost ... but to be given that second chance — that job may be the answer to a number of concerns there may be throughout the community."

Violence: Movement toward this program is about a half a year in the making, Bracey said. In December 2015, 16 people were reported shot in the city, including one fatally. Nineteen-year-old DaKeem Dennison was shot to death in what police have called a targeted home invasion. York City saw eight homicides and 55 reported shootings in 2015, numbers that were in the normal range for the past few years, but those December numbers had many officials rattled.

Bracey recalls Kahley meeting with federal agents on Christmas Eve; the city has partnered with federal law enforcement more frequently in recent years in an effort to put those most responsible for the violence behind bars. That includes a massive, multi-year prosecution of 21 alleged Southside gang members that culminated in 2014. Officials believe that was effective and good for the city, but they needed other new initiatives, too, Bracey said they decided around that Christmas.

So they shopped around. City officials looked at an array of different approaches cities had used to try to cut down on violence and the drug trade, but eventually they began to gravitate toward Kennedy's ideas. They heard a presentation from the National Network for Safe Communities and had a conversation with Kennedy a few months ago.

What would a modern-day York City 'charrette' look like?

Funding: But then there's the matter of funding. The $300,000 sum, or whatever amount the mayor seeks, would have to be approved by York City Council. The mayor said her administration continues to seek grants and local partners to help cover the cost.

Bracey said the program likely would require the city to hire a full-time coordinator.

There's no item having anything to do with this program on Tuesday's city council agenda; the next meeting isn't until Tuesday, July 19, so that date is the earliest any action could be taken.

City council President Carol Hill-Evans said she read Kennedy's 2011 book, "Don't Shoot: One Man, A Street Fellowship, and the End of Violence in Inner-City America," and supports the ideas the criminologist brings to policing.

But $300,000 is a great deal of money in a city that spends each budgeting season scrounging for every last dollar, so Hill-Evans said she'd like to see more information about the ways of paying.

"Let’s not start this program until we know we have that money," she said.

She also said that because of the fundamental changes in approach between this initiative and the traditional views of policing, there's likely going to be a learning curve for both the department and city government. Body cameras: Your right to know

"Looking at this program is going to be a whole mental retraining," she said.

Bracey said much the same — places where the program has had success are those where everyone bought in.

Councilman Henry Nixon also expressed support. He is drawn to the idea of bringing jobs and services to gang members and drug dealers.

"These guys are not throwaway people," he said.

He said paying $300,000 for anything right now isn't feasible, but he's confident that the city can secure grants and local partners to finance it.

Councilwoman Sandie Walker, who is the council's liaison to the police department, said she plans to schedule a meeting with Kahley to learn more about the initiative. She said she likes what she's heard so far and isn't concerned about the price tag.

"If it saves lives and reduces crime in our city, I support it," she said.

She said she also likes the holistic approach the initiative takes — how it turns some focus to the underlying issues of poverty that can contribute to violence.

"A lot of times you hear 'gang, gang, gang,' but it’s a combination of a lot of different things," she said.

— Reach Sean Cotter at scotter@yorkdispatch.com or on Twitter at @SPCotterYD.