Medical marijuana gains come too late for one Pa. family

Sara and Nicky Boninfante watched online from their Colorado home as the Pa. House of Representatives passed a bill that would legalize medical marijuana.

Medical marijuana gains come too late for one Pa. family 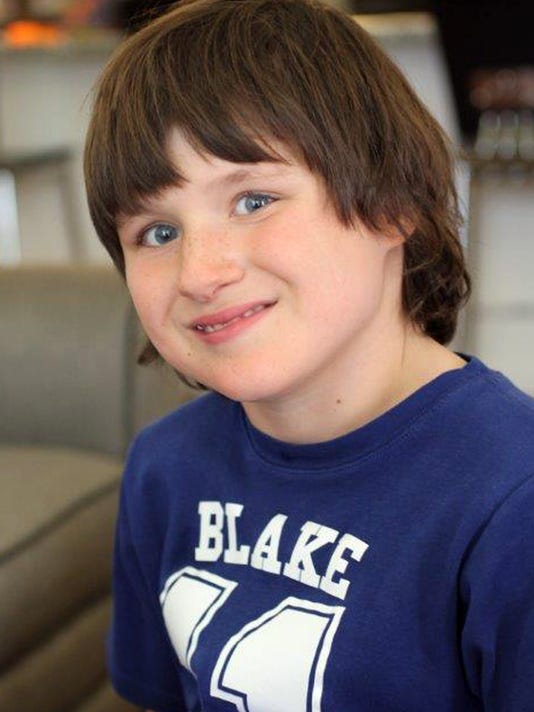 Sara and Nicky Boninfante moved to Longmont, Colorado, in the summer of 2015 so they could get medical marijuana prescribed for their 12-year-old son, Blake. (Photo by Liz Evans Scolforo - levans@yorkdispatch.com)(Photo: The York Dispatch)Buy Photo

Sara and Nicky Boninfante watched online from their home in Longmont, Colorado, Wednesday as the Pennsylvania House of Representatives debated a bill that would legalize medical marijuana in the Keystone State.

The state Senate is expected to give final approval to the bill, and Gov. Tom Wolf has said he'll sign it into law.

"When the House passed it, I cried," Sara said, "because it's been a long time coming and because I know so many people will be getting helped by this."

But the Boninfantes' 12-year-old son Blake won't be one of those people.

Last summer the Boninfantes moved from their home in southern Chester County to Longmont, northeast of Boulder, so Blake would have access to medical marijuana.

He has uncontrolled myoclonic epilepsy, which causes brief, shock-like muscle jerks that usually don't last more than a second or two, according to to the Epilepsy Foundation. Blake, who also is on the spectrum of autism, can have up to 500 seizures a day, his parents have said.

Sara (left) and Nicky Boninfante (center) moved to Longmont, Colorado, in the summer of 2015 so they could get medical marijuana prescribed for their 12-year-old son, Blake, who suffers hundreds of myoclonic seizures a day. (Photo by Liz Evans Scolforo - levans@yorkdispatch.com) (Photo: The York Dispatch)

Refugees: After trying both traditional and alternative medicines, they decided to uproot their lives and move to Colorado — part of a migration of families there, all seeking treatment not legal in their home states, Sara said. They call themselves American medical refugees.

"We're so thankful, so grateful," she said. "The timing didn't quite work out for us, but we're still optimistic."

Implementing Pa. medical marijuana could be years off

The Boninfantes will, in fact, be returning to Chester County soon. But only temporarily.

"We're coming home to put our house on the market. We've run out of time. Financially, we're at the end of our rope," she said. "Before we entered our cannabis journey, my husband and I kind of exhausted our funds to begin with," trying to find successful treatments for Blake.

In limbo: It's been a problem years in the making. They would spend the money necessary to help their son while telling themselves "we'll figure it out later," Sara said. They can no longer afford to pay both their home mortgage in Pennsylvania and their rent in Colorado.

Sara said she and Nicky are both homesick. They miss their friends and neighbors, as well as Blake's former support system.

"Through Blake we have met some incredible people — teachers, therapists, support people," she said. "They've become our family."

But moving home now would mean having to take Blake off his cannabidiol (CBD) oil medication and waiting the two years or more officials say it will take for medical marijuana to be available in Pennsylvania, assuming Senate Bill 3, the bill passed Wednesday in the House, becomes law.

Still improving: Blake — a cheerful boy with a brilliant smile and a love of trains — likes his life in Colorado, Sara said. His school support system has been helpful as well, she said.

When the Boninfantes spoke with The York Dispatch last summer in their home, they said Blake's cannabis treatments had helped reduce his seizures by 40 percent. He also takes anti-seizure medication and is on a special diet to combat the seizures.

On Friday, Sara said her son's condition has continued to improve.

"His seizures are now reduced 75 percent during the school day — knock on wood," she said. "The nighttime seizures and waking seizures are still high, and we're working on that."

Sara, who remains optimistic, said she and her husband's goal is a seizure-free life for Blake.

And maybe someday, she said, they can come home.