Going to any comic convention is like finding home, a place where you belong, and no one judges you for being just a little different. 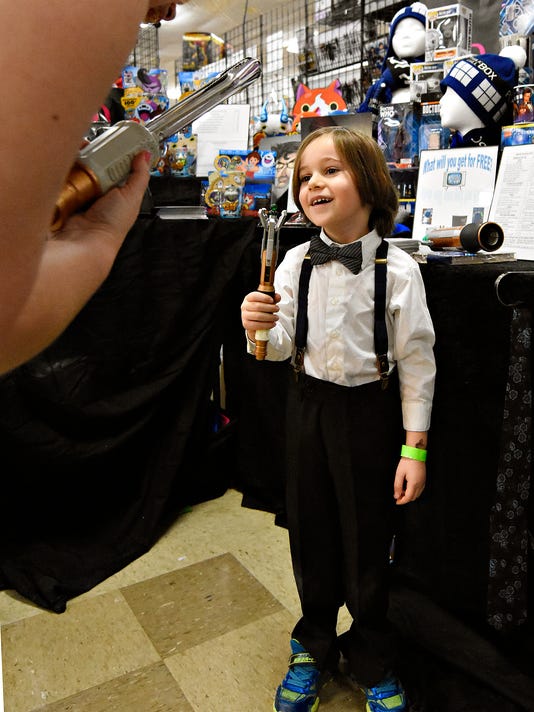 Going to any comic convention is like finding home, a place where you belong, and no one judges you for being just a little different.

Nathan LeFevre and his son, Anakin, found just that at the Central PA Comic Con on Sunday.

“We just moved here from Alaska,” LeFevre said. “I like the atmosphere of being around a bunch of like-minded people.”

Anakin, the 5-year-old from Lancaster named after the Star Wars character, fit right in. He was dressed up as the Eleventh Doctor, Matt Smith’s character from the British television show "Doctor Who." People stopped to take photos with Anakin in his bowtie and suspenders.

“It’s awesome,” LeFevre said. “He just happens to be into the same stuff as me. This is our first convention. I just found out Billy West is here, and I grew up watching him in stuff.” 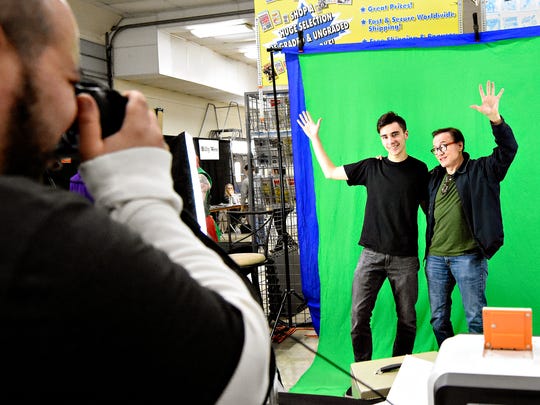 From left, Peter Roman, of R.E.C.O.M. Photo, captures a frame against a green screen of Gage Lowery, of Landisville with voice actor Billy West during Comic Con is shown in York City on Sunday, March 6, 2016. Dawn J. Sagert photo (Photo: The York Dispatch)

That sense of belonging is what keeps Billy West coming back to conventions. The nationally known voice actor, who voiced Fry and Zoidberg on “Futurama” and a bunch of Looney Tunes characters, said he loves hearing the stories from the people he meets.

“I get emotional because it makes me happy that this stuff affected their lives,” West said. “I’m hearing from people on how I was a big part of their childhood.”

West was the first voice actor to be a part of a convention, paving the way for other voice actors to come to the forefront of convention speakers.

This is the second year York has hosted the Central PA Comic Con. West said he’d definitely come back to the city again.

“I’ve been doing this for almost 30 years,” he said. “Most of the people I meet are good people. I hate the typical celebrity attitude of everyone else. I get to really meet and talk with people at conventions. These people built this stairway to heaven.”

Even the security people at the event feel like they belong with the group that gathered at the York Fair. Tyger Smith traveled five hours from Rochester, New York, to help make sure people stay safe and keep that feeling of home during the convention.

“In the Bible, it’s been quoted that the meek will inherit the Earth. This is proof of that,” Smith said. “This is an amalgamation of things that people love coming together and being home. To me, that’s awesome.”

Smith has worked in security for four years and said he loves meeting the people that make the area unique. From costumes to vendors selling homemade crafts and comic books, he’s seen everything.

“Our ticket line was a quarter-mile long yesterday,” he said. “I couldn’t believe it. The worst part of my job is making people leave. It sucks when they initially came here to have fun. It’s not just your fan experience; it’s the experience of everyone else, too.”

However, Smith said York wasn't that rowdy this year. He said he hoped he could continue to keep people comfortable, encouraging them to check out more conventions in the future.

“Don’t be afraid to express yourself,” Smith said. “You’ll always have a home at a con.” 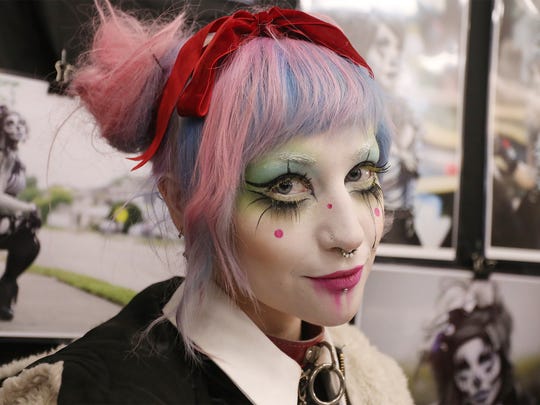