Several groups oppose the project, fearing it will pollute the park whose eastern boundary is only about 3 miles away. 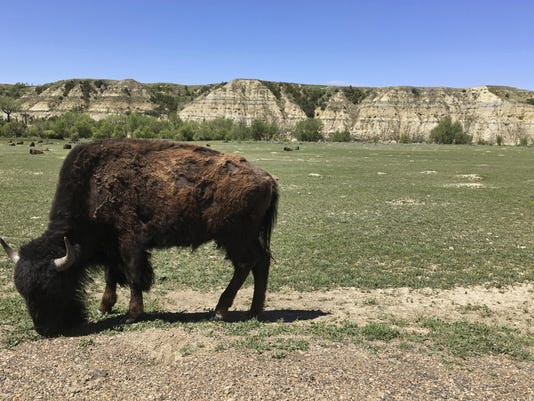 BISMARCK, N.D. – A proposed oil refinery close to the picturesque Theodore Roosevelt National Park has met federal and state air pollution rules but must undergo a period of public comment before a permit can be issued, North Dakota health officials said.

A state Health Department review that began last spring determined that Meridian Energy Group Inc. has met all of the requirements for an air quality permit for the planned Davis Refinery, which will cost more than $800 million. Several groups oppose the project, fearing it will pollute the park whose eastern boundary is only about 3 miles (5 kilometers) away.

A public comment period on a draft permit will begin Friday and end Jan. 26, with a public hearing set for Jan. 17 at Dickinson State University, according to state Air Quality Director Terry O’Clair.

The 700-acre (280-hectare) refinery complex would process up to 49,500 barrels of Bakken crude per day into a variety of fuels. Meridian says it will be the “cleanest refinery on the planet” and a model for environmentally friendly technology.

Supporters point to the refinery’s potential impact on the economy. It could create 500 construction jobs and permanent jobs for 200 people in the area, while generating millions of dollars in local property taxes each year.

CEO William Prentice on Wednesday called the state’s draft air quality permit a “milestone” for the project, though he acknowledged the company expects a contentious public comment process.

“There are people who just never believe us” that the refinery will not be a major polluter, he said. “I assume we’ll be hearing from them.”

Opposition: Opponents worry about pollution in the 30,000-acre (12,000-hectare) park named for the former U.S. president who ranched in the region in the 1880s and is revered for his advocacy of land and wildlife conservation. The park is the state’s top tourist attraction, drawing a record 760,000 visitors last year.

The project has drawn opposition from national groups such as the National Parks Conservation Association and The Coalition to Protect America’s National Parks, as well as regional groups such as the Badlands Conservation Alliance. They fear pollution from the refinery could add to haze in the region from coal-fired power plants and other sources such as vehicles on a nearby interstate highway.

“We strongly feel this is no place for an industrial facility, right next to an iconic national park,” said Bart Melton, regional director for the National Parks Conservation Association. “These are important places that belong to all Americans.”

The refinery also needs a state water permit. It does not need a state siting permit because the maximum amount of oil it would process is just below the state threshold for a permit of 50,000 barrels daily. Public Service Commission members still want to talk with the company about its plans and a Dec. 19 meeting has been scheduled.

Meridian hopes to have the refinery built by the end of next year, with operations beginning in early 2019, according to Prentice.