Dennis Ross may have to close his York Haven bait shop after Talen Energy closed access to popular fishing areas along the Susquehanna River at Brunner's Island. 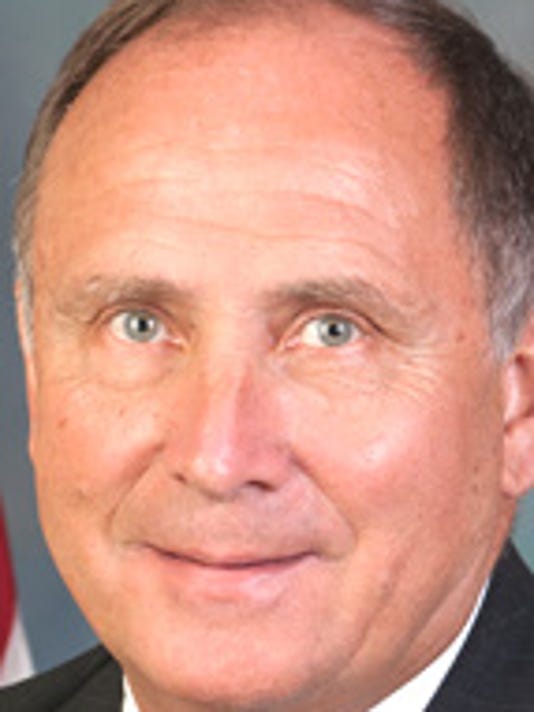 "No trespass" signs have been up around the area in East Manchester Township since early November, and state Rep. Keith Gillespie, R-Hellam Township, said he's heard numerous complaints from outdoors enthusiasts about the new restrictions.

Gillespie explained that the discharge channel on the property served as a popular destination for fishermen around the region, particularly during the winter because of the plant's warm-water discharge.

Those regional visitors represented an economic benefit to his district, and Gillespie said he has voiced his displeasure with Talen's decision. He said he plans to continue doing so in hopes the company changes its mind.

Dennis Ross, the owner of a York Haven bait and tackle shop, said his business has been decimated by the decision, and he'll have to close if the public access isn't restored. He said access to those areas had been available since he moved to the area more than 30 years ago. 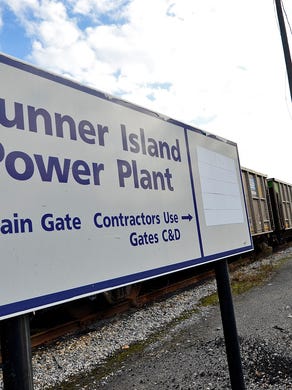 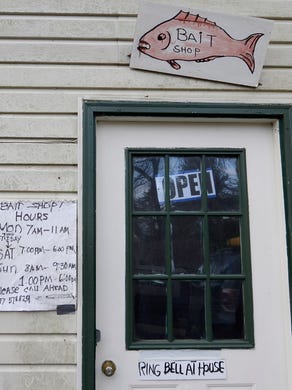 Dennis Ross says he will probably have to close his York Haven bait shop if Talen Energy doesn't reopen access to the fishing areas at the Brunner's Island power plant, Thursday, Nov. 30, 2017. John A. Pavoncello photo The York Dispatch
Fullscreen 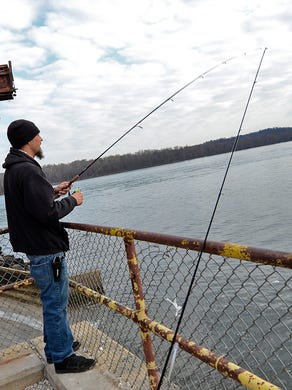 Jim Hurd of Manchester fishes from the walkway along the PPL hydroelectric plant in York Haven, Thursday, Nov. 30, 2017. Hurd, an avid fisherman, is upset that Talen Energy has closed the fishing areas at the Brunner's Island power plant. John A. Pavoncello photo The York Dispatch
Fullscreen 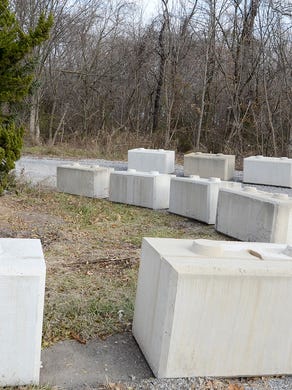 Concrete barriers and a large "Private Property" sign has been erected at the entrance to the boat launch just south of PPL's hydroelectric facility in York Haven. Talen Energy has closed Fisherman's Park at the Brunner's Island power plant, Thursday, Nov. 30, 2017. John A. Pavoncello photo The York Dispatch
Fullscreen 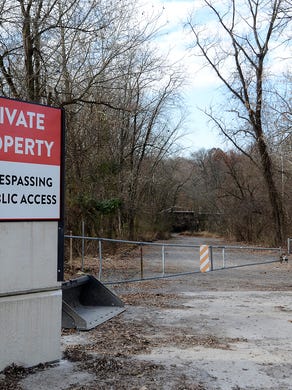 Concrete barriers and a large "Private Property" sign has been erected at the entrance of the wetlands trail along Wago Road in York Haven. Talen Energy has closed Fisherman's Park and other public access areas around the Brunner's Island power plant, Thursday, Nov. 30, 2017. John A. Pavoncello photo The York Dispatch
Fullscreen

Todd Martin, a spokesman for Talen Energy, wrote in an email that the company decided to close access because they are operating an active power plant, and "our private property should not be utilized for other purposes."

"All of our employees are focused on the safe, efficient operation of the plant, and we do not have personnel available to operate a public-access program," he wrote. "Additionally, there are safety and liability concerns including; stolen and damaged property, vandalism and inappropriate (sometimes illegal) activities on private property."

In addition to the river surrounding the plant, Talen closed access to a boat launch and picnic area across the street, according to Gillespie, who said he was told by a plant manager that the picnic area had been vandalized and used for criminal activity.

Past criticism: Talen Energy took heavy criticism last year when it closed off more than 400 acres of land encompassing parts of Holtwood Park, the Arboretum and Kelly's Run Trail in Lancaster County following its sale of the Holtwood Dam.

The company eventually reached an agreement to donate much of that land to the Lancaster County Conservancy.

Brunner Island was converted this year from a coal-fired plant to a co-fire plant, allowing it to burn coal or natural gas, but it has still faced scrutiny from environmental groups for causing smog and several large fish kills.

Connecticut and Delaware have pursued lawsuits against the federal Environmental Protection Agency in an attempt to get the agency to recognize that part of their air-quality concerns are being caused by Brunner Island.