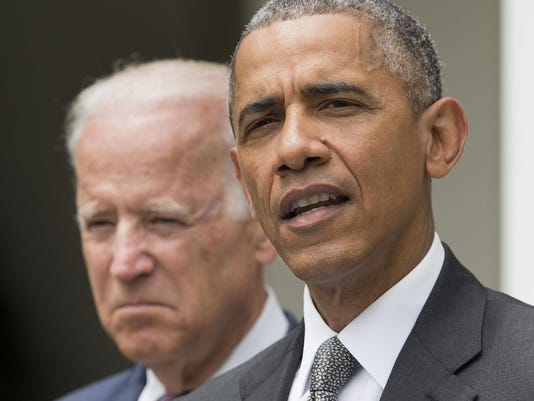 A new threshold for overtime pay won't take effect in the U.S. until December, but economic leaders in York County are already discussing the new rule's potential effect.

More than 4 million U.S. workers will become newly eligible for overtime pay under rules issued Wednesday by the Obama administration, according to Associated Press reports.

The policy changes are intended to counter erosion in overtime protections, which date from the 1930s and require employers to pay 1½ times a worker's regular salary for any work past 40 hours a week.

Under the new rules, first released in draft form last summer, the annual salary threshold at which companies can deny overtime pay will be doubled from $23,660 to nearly $47,500. That would make 4.2 million more salaried workers eligible for overtime pay. Hourly workers would continue to be mostly guaranteed overtime.

Michael King, an employment attorney at York-based Stock and Leader, said the changes will affect a wide range of industries in the county.

The new threshold would be higher than York County's 2015 average yearly wage, which was $43,611, according to state Department of Labor statistics. Based on March 2015 statistics, 11 of 20 industries — including health care, educational services and real estate  — measured by the department in the county had wages that averaged below the new figure.

King said the underlying cause for the federal rule change is a growing belief among Americans that distribution of wealth disproportionately favors a small percentage of individuals.

"The fundamental problem is that the threshold has stayed the same for so long," he said.

The overtime threshold was last updated in 2004 and currently covers just 7 percent of full-time, salaried workers, administration officials told the AP. That's down from 62 percent in 1975.

The higher threshold, which will take effect Dec. 1, will lift that ratio back to 35 percent, Labor Secretary Tom Perez said.

Loren Kroh, interim CEO of the York County Economic Alliance, said many of the alliance's members have expressed concern about the new rule, particularly nonprofit organizations.

"(Nonprofits) have been in a position where middle managers are making around $50,000 and just doing what needs to be done," Kroh said. "This will present a challenge."

Robert Woods, executive director of the United Way of York County, said the changes were discussed at a recent agency directors' meeting, and nonprofit organizations are already in the planning process.

Woods said the new rule is probably fair because it has been unchanged for so many years, but it will impact budgets and, potentially, cultures within organizations.

Woods said an example that was used at the meeting involved two workers doing the same job, one of whom got his or her work done on time because he or she needed to get home on time and another who takes longer because because he or she takes more time to interact with customers and serve as a friendly face around the office.

Woods added that he believed the December implementation gives organizations plenty of time to reach compliance.

King said companies have some options that might be considered working around the rule.

One way includes an employer lowering an employee's salary to account for the increased overtime pay, he said, while another strategy could be companies raising workers' salaries just past the new threshold.

"The question becomes whether the market will stand for that," King said, pointing to recent drops in the unemployment rate. "Turnover carries significant costs for employers, so companies will have to strike that balance."

The White House estimates that the rule change will raise pay by $1.2 billion a year over the next decade. In addition, some companies may instead choose to reduce their employees' hours to avoid paying the extra wages.

Business groups told the AP the changes will increase paperwork and scheduling burdens for small companies and force many businesses to convert salaried workers to hourly ones in order to more closely track working time.

"With the stroke of a pen, the Labor Department is demoting millions of workers," David French, a senior vice president for the National Retail Federation, said. "Most of the people impacted by this change will not see any additional pay."

Kroh said he doesn't see the changes in a positive or negative context for the county's economy since every company will need to make adjustments.

Perez said the administration took several steps in the final rule to address business concerns: The threshold was lowered from the original proposal of $50,440; bonus payments can count toward the threshold; and the rule will have a long phase-in before taking effect Dec. 1.

— The Associated Press contributed to this report.