York Galleria has found a Swedish clothing company to fill part of the vacancy left by JCPenney's departure last year. 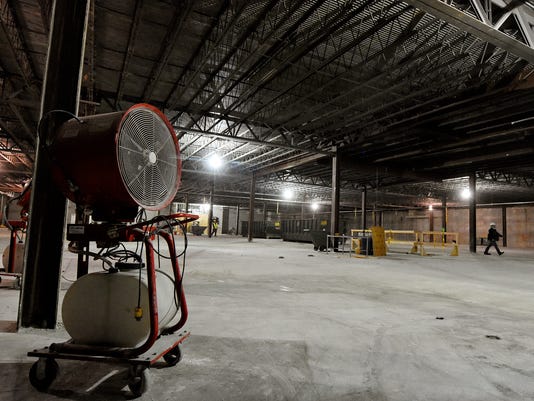 York Galleria has found a Swedish clothing company to fill part of the vacancy left by JCPenney's departure last year.

H&M will be opening its first York County store in the enclosed Springettsbury Township mall during the 2016 holiday season, according to a news release from the mall's owners, CBL & Associates.

The clothing retailer's business concept is "fashion and quality at the best price in a sustainable way," according to its website. H&M representatives did not immediately return a request for comment.

The 20,000+ square-foot store in the Galleria will utilize a portion of the former JCPenney along with common mall area and the former Bath & Body Works location.

Bath & Body Works will temporarily relocate to the lower level near Verizon and Sprint before moving into a renovated, expanded space to feature its White Barn Candle Co. concept, according to the release.

Lucinda Hartshorne, the mall's general manager, said the management is still working on plans to occupy the rest of the former department store. It was one of 13 vacant storefronts as of July 2015.

"We don't know what the future will hold," she said, adding that the mall is very pleased to bring H&M to York County.

Stacey Keating, spokeswoman for CBL, which is one of the nation's largest mall owners, said the company has been leasing more H&M locations in recent years.

Other coming moves at the mall include expansions for rue21 and Victoria's Secret.

Victoria's Secret will relocate to a larger location this fall to expand its collection of PINK brand items, while rue21 will expand into an adjacent store by June.

“The scale of leasing activity, rebranding and retailer remodels is both exciting and invigorating for the center and the community,” Hartshorne said in the release.

York Galleria and North Hanover Mall are the only enclosed malls in the county after the transformation of West Manchester Mall into an outdoor town center.

West Manchester Town Center has welcomed multiple new tenants over the past year including Firehouse Subs, Burlington and DSW. Future announced tenants include Fresh Market, At Home and Outback Steakhouse.