A Cumberland County woman is facing a felony charge of aggravated assault after police say she kicked a Pennsylvania State Police trooper several times as she was forcibly being removed from her car in Warrington Township, according to a criminal complaint. 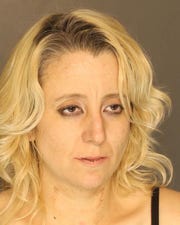 Kayanna Marie Deavers, 35, of Mechanicsburg, also is charged with a misdemeanor count of simple assault and a summary count of public drunkenness.

She posted bail of $10,000 bail and has a preliminary hearing set for July 27  before District Judge Richard T. Thomas.

State police said they responded to the 900 block of Zeigler Road in Warrington Township about 7:30 a.m. Saturday for a disturbance.

Deavers told troopers she was at the location to pick up her adult daughter, whom she said was out of control, according to the complaint.

Upon arrival, state police said Deavers was acting erratically and quickly entered the driver’s side door of her Ford Focus that was parked along the road. Deavers began yelling at the troopers and attempted to lock the vehicle, the complaint said.

Troopers said Deavers appeared intoxicated and they asked her to exit the vehicle numerous times, which she refused to do. She attempted to shut the vehicle’s doors and grabbed a hold of the steering wheel with both hands, police said.

While being removed from the vehicle by two troopers, Deavers kicked Trooper Nathan Shellenberger multiple times with her feet in his upper leg and chest area, police said.

Northern York County school board has chosen a new superintendent to begin serving the district July 1.

Steven Kirkpatrick will replace Superintendent Eric Eshbach, who announced his retirement Jan. 28 after eight years to take on a new role as assistant executive director at the Pennsylvania Principals Association. 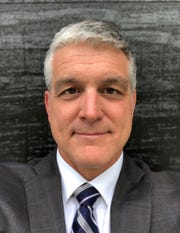 The professional organization dedicated to the advancement of public school principals has 4,000 members throughout the state.

After a national search with assistance from the Pennsylvania School Boards Association and input from Northern staff, administration and the community, the board selected 27-year public educator Kirkpatrick as the new superintendent.

Steven Kirkpatrick will be new superintendent at Northern York County School District effective July 1, 2020. (Photo: Submitted)“We’re excited to begin this journey with Mr. Kirkpatrick who brings with him a spirit of teamwork, a commitment to the Northern community, and a passion for serving in public education," said school board President Ken Sechrist in a news release.

Kirkpatrick has served as a teacher and assistant principal, and he currently is assistant superintendent of Cumberland Valley School District, in Cumberland County.

He holds a master's of education administration, a bachelor's in secondary education and principal certification from Shippensburg University.

The board will officially appoint him effective July 1 at the board's virtual monthly meeting at 7 p.m. Tuesday, May 19.

Senior citizens and disabled residents will be getting property tax and rent rebates earlier than expected this year.

"This commonsense solution gives thousands of our older and vulnerable residents their rebates early when they need it,” Wolf said.

The Property Tax/Rent Rebate Program benefits eligible Pennsylvanians age 65 and older; widows and widowers age 50 and older; and people with disabilities age 18 and older, according to the state Department of Revenue's website.

The maximum standard rebate is $650, but supplemental rebates for certain qualifying homeowners can boost rebates to $975.

The time to apply for the rebate program has also been extended this year, with the deadline on Dec. 31. Eligible residents can apply by either calling 1-888-222-9190 or by filling out the necessary paperwork from the state revenue department's website.

Rebates will be processed and distributed on a first-in-first-out basis, meaning some claimants will receive their rebates earlier than others, the release states.

Eligible residents can check the status of their rebate at the "Where’s My PA Property Tax/Rent Rebate?" tool, also located at the Department of Revenue's website. Alternatively, residents can call 1-888-PATAXES to find out the status.

More than $255 million in property tax and rent rebates were sent to almost 532,000 homeowners and renters across the state for property taxes and rent paid in 2017, the release states.