With Broadway shuttered amid the coronavirus pandemic, producers of the annual Tony Awards have postponed this year's celebration of American theater. 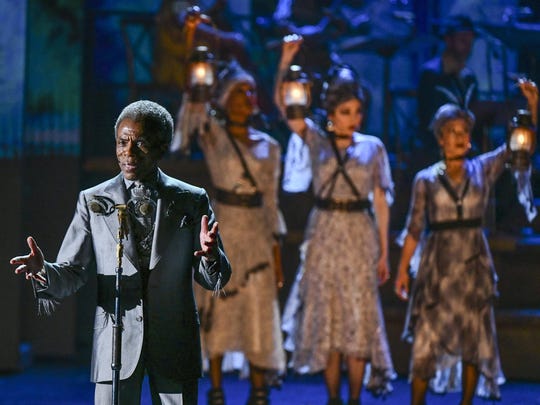 Andre De Shields and the cast of “Hadestown” perform at the 73rd annual Tony Awards Sunday at Radio City Music Hall. De Shields took the award for featured actor in a musical, and “Hadestown” was the big winner of the evening, winning eight Tonys including best musical. (Photo: Charles Sykes / Invision/AP)

NEW YORK — With Broadway shuttered amid the coronavirus pandemic, producers of the annual Tony Awards have postponed this year's celebration of American theater.

The show was originally scheduled for June 7 but the virus forced all 41 Broadway theaters to go dark and caused turmoil in the Tony schedule. Producers have not yet announced a rescheduled date.

Broadway abruptly closed on March 12, knocking out all shows on the Great White Way but also 16 that were still scheduled to open, including “Diana,” “Mrs. Doubtfire” and “Company.” Broadway producers have vowed to resume musicals and plays the week of April 13.