'The Turning' less about answers, more about gothic horror to savor

At the end of Floria Sigismondi's "The Turning," after all the credits had rolled, male members of the audience at a press screening were visibly and vocally upset.

'The Turning' less about answers, more about gothic horror to savor 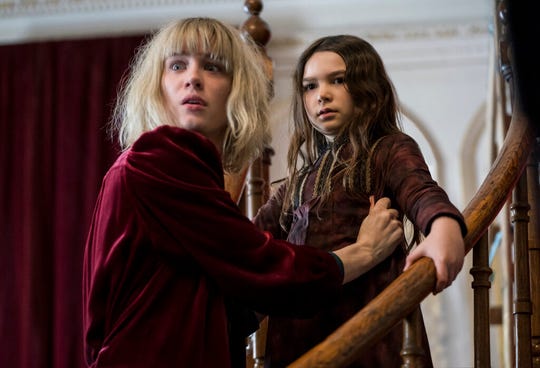 At the end of Floria Sigismondi's "The Turning," after all the credits had rolled, male members of the audience at a press screening were visibly and vocally upset. They were seemingly enraged at the film's unwillingness to offer up a single definitive answer about the perceived haunting in this take of Henry James' 1898 novella "The Turn of the Screw," joining a century's worth of questioners who have puzzled over the story of a young governess bedeviled by ghosts at her new job. Are these ghosts real, or is she just crazy? It's an age-old question, but Sigismondi is confident simply not answering it, as frustrating as that may be.

Jack Clayton adapted the novella into 1961's "The Innocents," starring Deborah Kerr, and now "The Runaways" helmer and music video director Sigismondi updates the tale to a more modern era, all the moody gothic vibes enhanced by the film's grunge-era Washington state setting. Mackenzie Davis stars as the young governess, Kate, who leaves behind her life in Seattle out of a desire to help a wealthy young girl, orphaned and abandoned by her last teacher.

Flora (Brooklynn Prince) is indeed a charming and delightful child, though the stern British housekeeper Mrs. Grose (Barbara Marten) is anything but, and Flora's older brother, Miles (Finn Wolfhard), is entering his teen years angrily and violently. The crisp Kate intends to shape the privileged "thoroughbreds" right up, if only she can get through the night in this sprawling, creepy manor, packed with huge old paintings of dead ancestors, overstuffed Baroque furniture, a forbidden East Wing, terrifying mannequins and the journal of Miss Jessel, the prior governess who just up and vanished from her post.

The script, by "The Conjuring" screenwriters Carey W. Hayes and Chad Hayes, does not hold the viewer's hand. Explanation and speculation around the mysterious events is jettisoned for tone and atmosphere, which "The Turning" has in spades, thanks to the lush production design by Paki Smith and spectral cinematography by David Ungaro. Smith and Ungaro also worked on the feminist biopic "Mary Shelley," about the godmother of goth herself. Stylistically, Sigismondi and the creative team nod to 1960s Hammer horror productions, with lush close-ups of an ice-blonde Davis against set brocade jewel tones, a ghostly camera following as she traverses dark hallways in her nightie, investigating things that go bump in the night. Even in the ultra campy line readings from Marten and the precocious Prince are a nod to the low-budget British horror flicks. 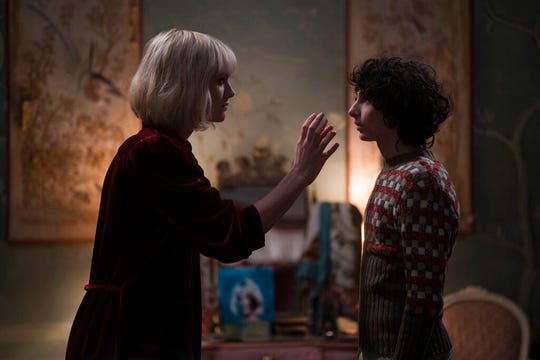 Davis conveys Kate's contention between her intuition and the duties she's promised to fulfill as things start to swerve toward the surreal in the emotional hellscape, which she can't discern as internal or external. The suspense burbles up like a slow-burning, queasy sense of dread, a sickening feeling of invisible imprisonment rather than a high-strung high-wire tension act derived from jump scares or the supernatural.

"The Turning" builds to a deeply disturbing crescendo, then pulls the rug right out from under the audience in a way that seemingly undercuts what came before, an uncovering of dark, violent secrets that offer a new spin on "The Turn of the Screw." The enigmatic ending doubles down on the ambiguity with which the film has already toyed. It's less about answers and more about evoking a richly rendered gothic horror vibe while intuition bitterly battles reason. It may not work for everyone, but those for whom it works will find much to savor and puzzle over in "The Turning."