'Downton Abbey' is in the house, picking up where the PBS series left off

Once feared shuttered for good, "Downton Abbey" has grandly reopened its doors, and for those who found pleasure within its magisterial walls, that is the best of news.

'Downton Abbey' is in the house, picking up where the PBS series left off 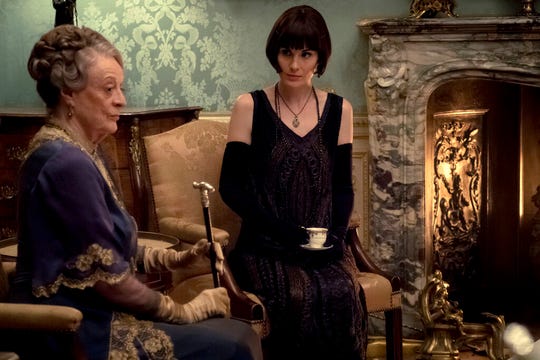 Once feared shuttered for good, "Downton Abbey" has grandly reopened its doors, and for those who found pleasure within its magisterial walls, that is the best of news.

For six seasons a pillar of appointment TV, in fact PBS' highest-rated dramatic series of all time, "Downton" has adroitly transitioned to theaters with all its satisfying qualities — and just about its entire core cast — intact.

A full 20 actors have made the move to the big screen (Lily James is the most notable absence) and, most important, so has writer Julian Fellowes.

He's the series creator who almost single-handedly wrote all six years of episodes detailing the parallel lives of the aristocratic Crawley family and their servants living a century ago in the beyond-enormous British country house that gave the show its name.

If all that sounds familiar, it's partly because Fellowes won an Oscar in 2002 for writing Robert Altman's similar "Gosford Park."

And, going even further back, the glorious 1970s PBS series "Upstairs, Downstairs" pioneered this sort of thing and won seven Emmys in the process.

Influence: "Downton," however, has been a class of its own in terms of the influence it's had on the overall culture, doing everything from upping the value of Art Deco jewelry to increasing employment opportunities for butlers and the consumption of sherry. Really.

The show, and the film that continues its story, have been able to accomplish this because the beautifully mounted, period-correct world that's been created is devilishly difficult to resist.

Not only is it filled with involving characters beset by a whole range of intimate problems, but they're all smoothly acted by a cast of regulars that includes Elizabeth McGovern, Michelle Dockery, Hugh Bonneville and, as everyone's favorite dowager countess, the irreplaceable Maggie Smith. 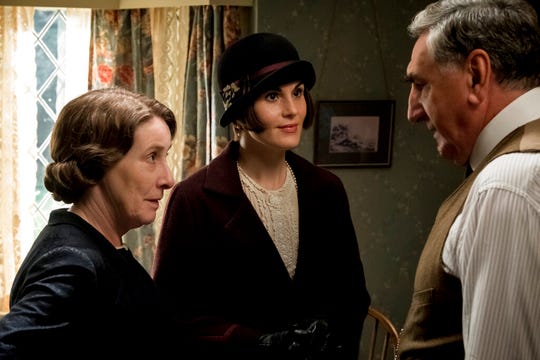 Part of the pleasure for "Downton" regulars is getting reacquainted with its characters, people we have a history with because we've watched them grow and change in 52 episodes that span a 14-year period from 1912 to 1926.

And though Fellowes and director Michael Engler have taken pains to make the plot engaging for newcomers, this is a film, as was the case with the Harry Potter series and the Avengers saga, where the emotional connection will be strongest for those who've been there from the start.

Bigger and bigger: Engler, who directed some of "Downton's" TV episodes, also has taken advantage of this production's bigger screen and bigger budget, for instance using drone shots to show us Highclere Castle, "Downton's" 300-room location, from the air.

"Downton," in fact, starts with one of those more expansive sequences, as a letter written in London is shown getting put on a train that spews smoke and steam as it winds through leafy woodlands before pulling into the station.

Then we see a mailman approaching Downton, and it is only now, when we hear John Lunn's unmistakable opening music kicking in, that we know we are safely home.

King and queen: As "Downton" diehards likely already know, the year is 1927 and the letter is from Buckingham Palace announcing that King George V and Queen Mary (the grandparents of today's Elizabeth II) will be touring Yorkshire and spending the night at Downton.

This turns out to be quite the big deal all around, though upstairs the aristocrats are more worried than excited. These include father Robert Crawley, the Earl of Grantham (Bonneville); his American wife, Cora (McGovern); their forward-thinking daughters, Mary (Dockery) and Edith (Laura Carmichael); and their Irish patriot son-in-law, Tom (Allen Leech).

Downstairs people are more in a tizzy, with veteran cook Mrs. Patmore (Lesley Nicol) and the others (except for Sophie McShera's always contrary Daisy) excited at the chance to serve the royals.

Most delighted is former footman Mr. Molesley (Kevin Doyle), so much of a royalist that he begs for a chance to come back into service for just that one night. 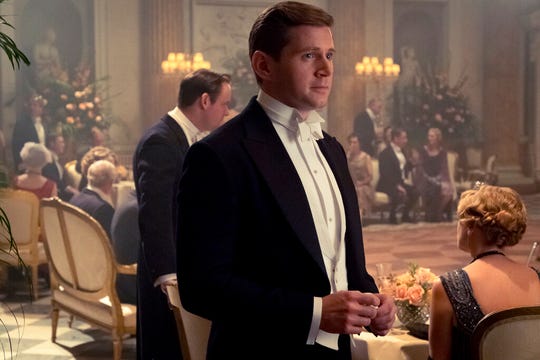 Part of Mary's worry is that newly appointed butler Mr. Barrow (Robert James-Collier) will not be up to running the house, so she convinces newly retired Mr. Carson (Jim Carter) to return for the royals' visit.

With so many returning characters to service, creator Fellowes has been careful not to add too many new folks to the mix, but the main additions are splendid.

Most significant is Maud Bagshaw, played by the superb Imelda Staunton (in real life married to "Downton" veteran Carter). She is not only a lady-in-waiting to the queen, she has a hitherto unknown relationship to Downton, which will come to a head when she arrives at the house accompanied by her fetching maid, Lucy Smith (Tuppence Middleton, also excellent).

Shake things up: Having, in his wonderful phrase, made sure at the end of the series that "all the characters were safely tucked up in their lives," writer Fellowes has had to rouse some of them; he's done an excellent job orchestrating numerous situations that shake things up without feeling out of character.

Downstairs, the most significant crisis comes when the beyond-snooty Buckingham Palace staff show up and tell the hard-working regulars to step aside and let the professionals take over, a humiliation if ever there was one.

Upstairs, the crafty Dowager Countess is enmeshed in schemes having to do with inheritance, which leads to the inevitable back-and-forth with her bete noir, Isobel Merton (Penelope Wilton), as well as the mysterious Maud Bagshaw.

Actress Smith, who dominated every scene she was in in the series, well and truly steals things here as well. When she insists, "I never argue, I explain," we know we are in good hands.

Though the end of the road for this kind of upstairs, downstairs life is approaching, whether this movie is the end for the Downton clan is another question.

When Fellowes wrote the ending to the TV series, he remembers thinking, "I'd better not shut this door too tightly," and he's come up with a similar conclusion here. If the stars align, another "Downton" movie just might be in the offing. We live in hope.

Rated: PG, for thematic elements, some suggestive material, and language