Vin Diesel has tossed the keys to his action superstar costars, Dwayne Johnson and Jason Statham, for their very own spinoff, the cumbersomely titled “Fast & Furious Presents: Hobbs & Shaw.” What’s ironic, and somewhat fitting, is the entire vehicle is stolen by their costars. 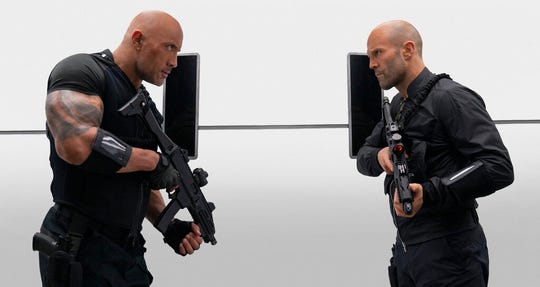 It’s pretty incredible how the humble beginnings of 2001’s “The Fast and the Furious,” a twist on “Point Break” with muscle cars instead of surfboards, have now spawned a nine-film franchise. And the souped-up series shows no signs of slowing down. This summer, star Vin Diesel has tossed the keys to his action superstar costars, Dwayne Johnson and Jason Statham, for their very own spinoff, the cumbersomely titled “Fast & Furious Presents: Hobbs & Shaw.” What’s ironic, and somewhat fitting, is the entire vehicle is stolen by their costars, the devastatingly charismatic Vanessa Kirby and Idris Elba.

In true “Fast and the Furious” fashion, a pair of specialists, former U.S. federal agent Luke Hobbs (Johnson) and former mercenary/criminal (and murderer of beloved character Han) Deckard Shaw (Statham), are recruited by the government to track down a tiny, world-ending thingamabob that they will retrieve through a series of vehicular feats performed in various far-flung spots around the globe. They have a very particular set of skills, you see. Hobbs is very good at punching, while Shaw can navigate a McLaren around hairpin turns at high speeds like no one else.

They’re clearly the only ones cut out to track down a virus that threatens mankind’s existence, wrestled over by a comely MI6 agent, Hattie Shaw (Kirby), Deckard’s sister, and a tech-enhanced super soldier, Brixton Lore (Elba), working for a shadowy group with Thanos-like plans for the virus. They believe in a “human evolution” that sounds a lot like machine-assisted eugenics, and “black Superman” Brixton is their finest example.

“Hobbs & Shaw” is built around the acid-tongued rivalry of the titular characters, and the script by Chris Morgan and Drew Pearce gives Johnson and Statham plenty of time to talk smack as they ruthlessly rib each other from London to Moscow to Samoa, on planes, semitrucks and automobiles. Johnson possesses a kind of radioactively powerful charm, and Statham’s sinister Cockney growl never fails.

Which is why it’s absolutely shocking to watch Kirby and Elba steal the film right from under their noses. Kirby performs some of the best combat stunts of the whole film. And honestly, it’s difficult to put into words the sheer power of Elba outfitted head to toe in high-tech motorcycle leathers. If there were one way to magnify his magnetism, this is apparently it. 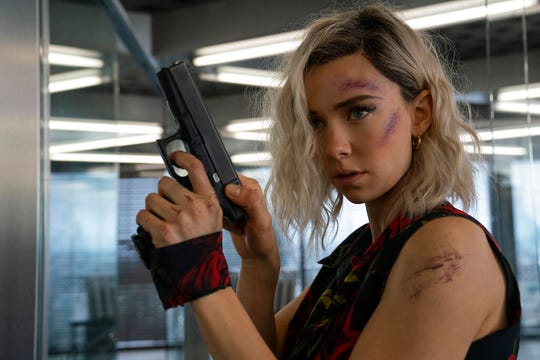 It’s hard to deny the sheer entertainment value of Johnson and Statham and Kirby and Elba (and in a pair of really fun cameos, Ryan Reynolds and Kevin Hart), but “Hobbs & Shaw” is an act or two too long. And while director David Leitch, a former stuntman who helmed “John Wick” and “Atomic Blonde,” cooks up some truly breathtaking action sequences and stunts, some moments lose their crisp clarity.

While he stretches the laws of physics, the script stretches all sense of time and place. The gang travels to Samoa for the finale, and while it tests the suspension of disbelief, especially with regard to the virus-borne ticking clock they’re battling, it also harkens back to the most important theme of the franchise. Despite appearances, that theme is not airborne gas-guzzlers; it’s family. The trip to Samoa gives Hobbs (and by extension Johnson) a chance to connect with his roots and to drive home the message that people are more important than technology. Because, after all, “Fast and the Furious” has always been about kicking it old school.

Rated PG-13 for prolonged sequences of action and violence, suggestive material and some strong language. 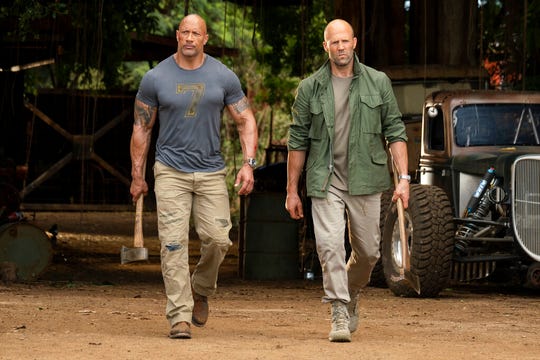