Jazz, musicals, musical legends, history, Shakespeare -- it's all on the calendar in July in York County.

Watch the U.S. Women's National Team take on the Netherlands for the Women's World Cup on the big screen at the Capitol Theatre. The Appell Center for the Performing Arts, 50 N. George St., opens the theater for a free streaming event for the final game of the World Cup. Time: 11 a.m. Sunday, July 7. Information: appellcenter.org. 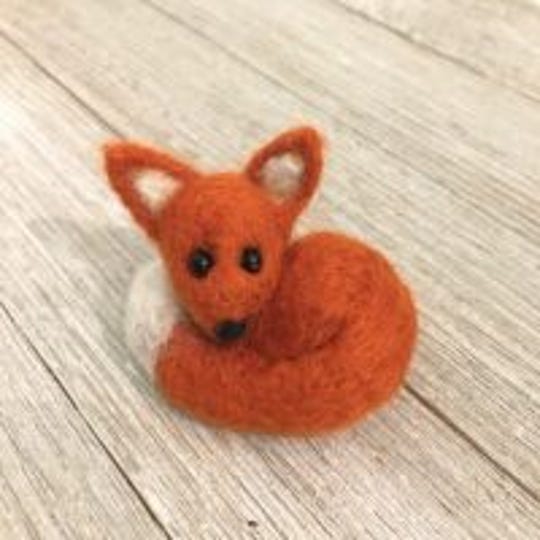 Make a felted fox July 13 at the Agricultural and Industrial Museum. (Photo: submitted)

Take home your own felted fox after Felting for Beginners, 10 a.m. Saturday, July 13, at the Agricultural and Industrial Museum, 217 W. Princess St. Participants will receive tools and instruction to learn how to felt with Randi Marchant of Hand Me a Craft. For ages 10 and up. Information: Contact Christine Cooper at 717-848-1587 ext. 306 or ccooper@yorkhistorycenter.org. 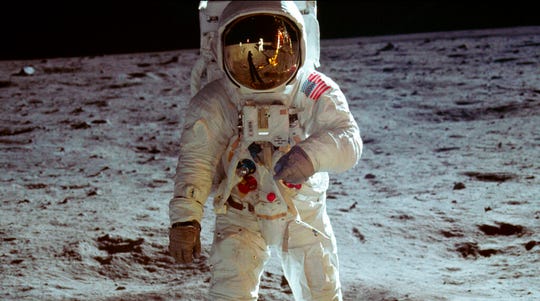 The York Astronomical Society marks the 50th anniversary of the Apollo 11 moon landing with a program at 4 p.m. Saturday, July 13, at Martin Library, 159 E. Market St. Society members will recount all the details of the mission, which lifted off July 16, 1969, and landed on the moon on July 20. Free. Information: yorklibraries.org/events. 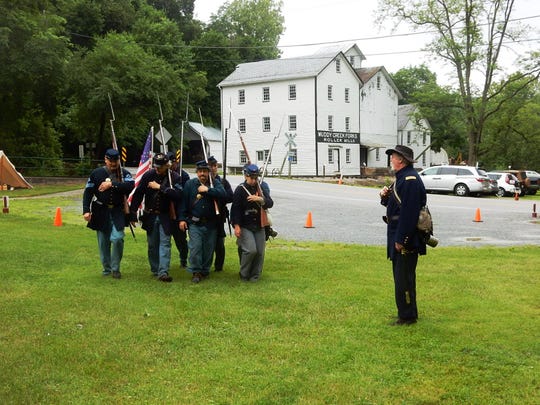 The 87th Pennsylvania Volunteers, Company C, drill on the grounds of the Ma & Pa Railroad Heritage Village at Muddy Creek Forks. The site will host a Civil War encampment on July 14. (Photo: submitted)

The Ma & Pa Railroad Heritage Village at Muddy Creeks Forks will host a Civil War encampment on Sunday, July 14, at the village, 1258 Muddy Creek Forks Road, Airville.  Reenactors will demonstrate maneuvers and drills, and there will be discussions of medical routines and the challenges women serving on both sides faced. There will also be a food display to show the conditions soldiers faced. Time: 1-5 p.m. Free, train rides $7 for adults, $5 children. Information: www.MaAndPaRailroad.com. 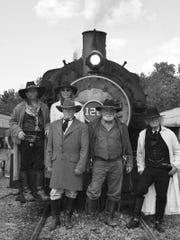 The James Younger Gang will be stopping trains in southern York County for a good cause on Saturday, July 20. Steam Into History's Wild West Express leaves at 11:30 a.m., 1 p.m. and 2:30 p.m. from the New Freedom depot, and passengers are promised that the ride to Seitzland and back will be interrupted by Jesse James and the Younger brothers, who will collect trinkets and jewels (provided) as well as donations for a nonprofit. Tickets: $24 adults, $15 children. Information: www.steamintohistory.com. 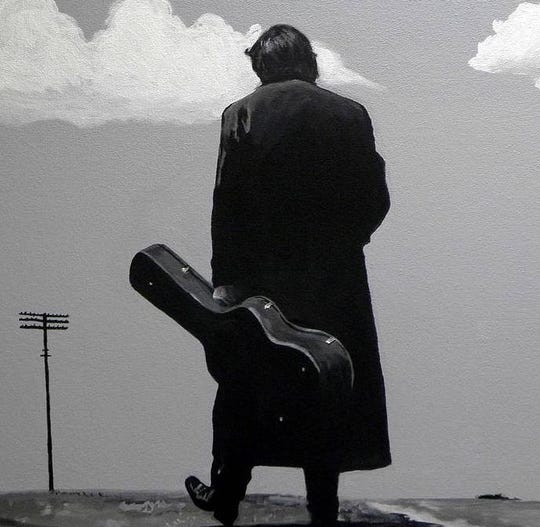 Hear some of the greatest music of Johnny Cash from Folsom Prison Revival, 7:30 p.m. Saturday, July 20, at the Capitol Theatre, 50 N. George St. The band was formed from a deep appreciation of Cash's music, and the band's set includes major hits from each period of his career. Tickets: $20. Information: appellcenter.org. 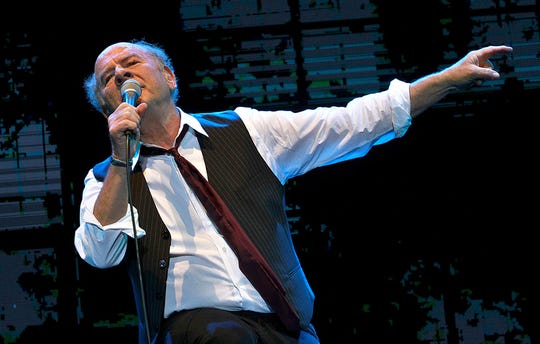 Legendary vocalist Art Garfunkel comes to the Strand Theatre on Friday, July 26, for a performance that includes Simon & Garfunkel songs, his solo works, select covers and readings from his autobiography, "What Is It All But Luminous." Showtime: 7:30 p.m. at the Appell Center for the Performing Arts, 50 N. George St. Tickets start at $40.25. Information: appellcenter.org.

FacebookTwitterGoogle+LinkedIn
PHOTOS: A flash from the past at Colonial York Day
Fullscreen 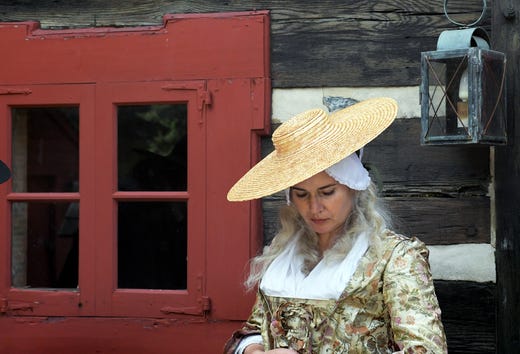 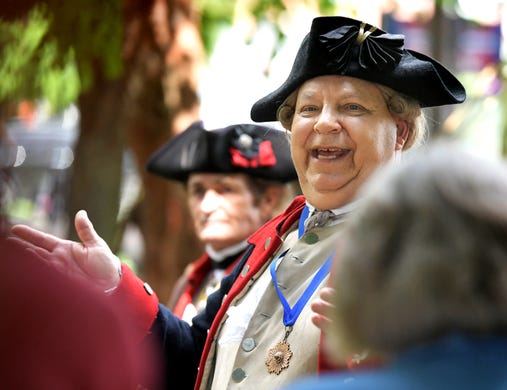 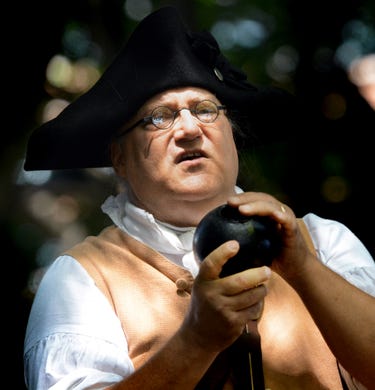 Steve Bradney of Lancaster shows a mortar during his presentation of the 1st Regiment Flying Camp of Lancaster County during Colonial York Day 2018 sponsored by the York County History Center at the York Colonial Complex Saturday, July 28, 2018. The annual event featured colonial craft, historical and cultural demonstrations in Downtown York. The civilian regiment was active for 5 months in 1776 according to Bradney. Bill Kalina photo The York Dispatch
Fullscreen 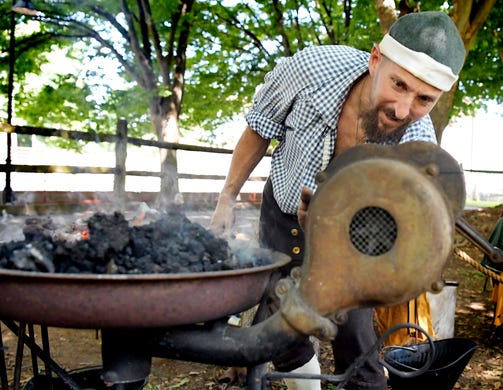 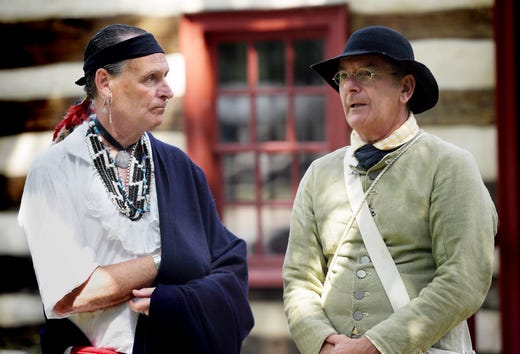 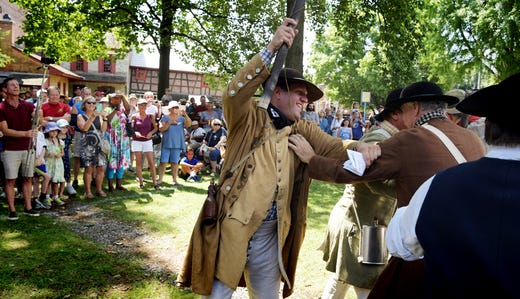 Mike Lear of Middletown, Dauphin County, depicts a German colonial in a fight during a presentation of the Election Brawl of 1750 during Colonial York Day 2018 sponsored by the York County History Center at the York Colonial Complex Saturday, July 28, 2018. The depiction outlined the first election in York. The annual Colonial Day event featured colonial craft, historical and cultural demonstrations in Downtown York. Bill Kalina photo The York Dispatch
Fullscreen 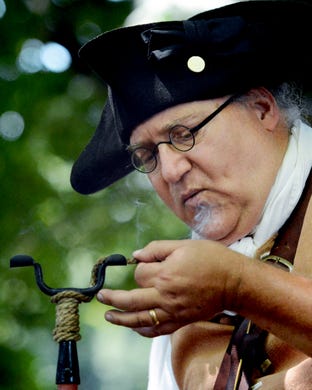 Steve Bradney of Lancaster lights a wick during his presentation of the 1st Regiment Flying Camp of Lancaster County during Colonial York Day 2018 sponsored by the York County History Center at the York Colonial Complex Saturday, July 28, 2018. The annual event featured colonial craft, historical and cultural demonstrations in Downtown York. The civilian regiment was active for 5 months in 1776 according to Bradney. Bill Kalina photo The York Dispatch
Fullscreen 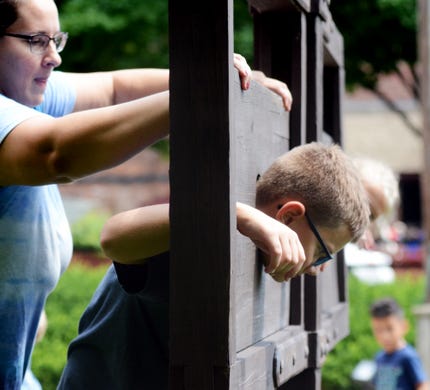 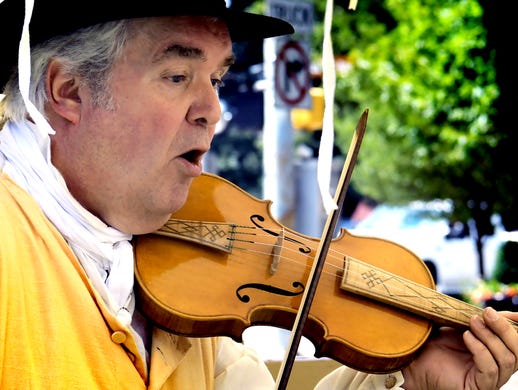 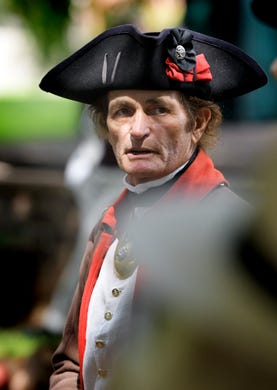 Step back in time for Colonial York Day, Saturday, July 27, at the York County History Center's Colonial Complex, 157 W. Market St. The day will highlight actual trials that took place in York, with the audience taking part as defendants and jurors. There will also be programs on the Algonquian tribal governance, samples of 18th-century beverages, live music and demonstrations of blacksmithing, rail splitting and whiskey mash. Free. Times: 10 a.m.-3 p.m. Information: www.yorkhistorycenter.org.

Get ready for a classic R&B show as Southside Johnny and the Asbury Jukes take the stage at the Strand Theatre on Saturday, July 27. Since 1974, the group has produced more than 30 albums and taken its joyous sound and exuberant horn section around the globe with songs such as "I Don't Wanna Go Home" and "This Time It's for Real." Showtime: 7:30 p.m. at the Appell Center for the Performing Arts, 50 N. George St. Tickets start at $30.13. Information: appellcenter.org. 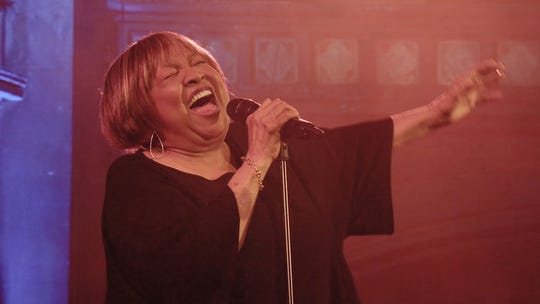 Mavis Staples will perform at the Strand Theatre on July 30. (Photo: mavisstaples.com)

XPN brings Mavis Staples to the Strand Theatre on Tuesday, July 30, as the blues, rock and gospel singer and civil rights activist tours while celebrating her 80th birthday. Staples' honors include induction into the Blues and Rock and Roll halls of fame, Grammy awards, honors from the Kennedy Center and a National Arts Awards Lifetime Achievement Award. Her latest album, "We Get By," is a collaboration with Grammy Award winner Ben Harper. Showtimes: 7:30 p.m. at the Appell Center for the Performing Arts, 50 N. George St. Tickets start at $38. Information: appellcenter.org.

Stewartstown Summer Theatre presents "Singin' in the Rain," July 31-Aug. 10 at the Stewartstown United Methodist Church, 26 S. Main St. More than 100 youth from south central Pennsylvania and northern Maryland are involved in the production of the classic Hollywood musical. Showtimes: 7 p.m. Tuesday through Saturday, 2 p.m. Sunday, some performances include a dessert buffet before the show. Ticket prices vary. Information: www.sumctheatre.org.