'Spider-Man: Far from Home' is a home run

Your friendly neighborhood Spider-Man has a new spring in his step.

'Spider-Man: Far from Home' is a home run 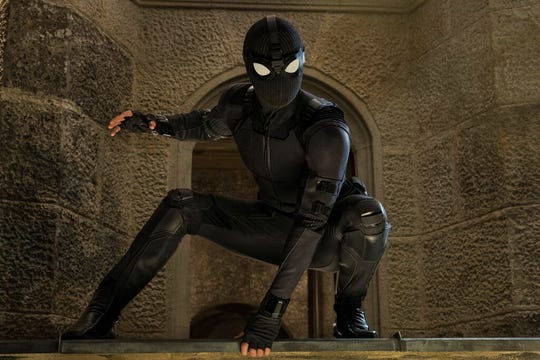 Your friendly neighborhood Spider-Man has a new spring in his step. After the critical and commercial success of Sony's third character reboot in Jon Watts' "Spider-Man: Homecoming" and the hallucinatory multiverse adventure of the animated "Spider-Man: Into the Spider-Verse," things are looking pretty good for ol' Spidey. Tom Holland has given the character a spin that feels heartfelt and age-appropriate, while Marvel casting director Sarah Finn has surrounded him with a posse of affable pals who feel like real, modern teens.

With the high-profile addition of Jake Gyllenhaal as Mysterio, can this Spidey strike gold twice? In the follow-up, "Spider-Man: Far from Home," Watts and writers Chris McKenna and Erik Sommers maintain the light, amusing tone. And once again, they hit a home run.

Peter Parker's emotional journey in "Far from Home" is surprisingly uncomplicated, especially for a tale that becomes considerably more so. After the events of "Avengers: Endgame," all Peter wants is just to be a teen. That world-saving superhero stuff is too much pressure for the arachnid adolescent, who is still navigating high school life post-"blip" (what the teens dub Thanos' snap). Especially within the confines of the high school, the logic of the blip timeline never quite makes sense, but "Far from Home" moves so quickly that if you just let the humor steamroll you, there's no time or need to puzzle out the five-year discrepancy. 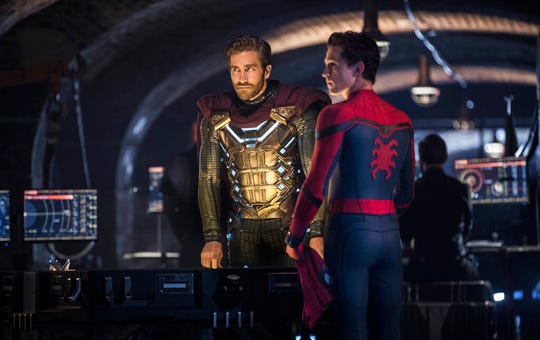 Although Peter tries to run from Happy Hogan (Jon Favreau), persistent phone calls from Nick Fury (Samuel L. Jackson) and the long, looming legacy of his mentor, Iron Man/Tony Stark, his world-saving destiny catches up to him. The world is starved for heroes, and Spider-Man is one of the few good ones.

As Peter sets off for a class trip to Europe, hoping for a romantic moment with sardonic queen MJ (Zendaya), he wrestles with whether or not to bring his suit. It's a good thing Aunt May (Marisa Tomei) sneaks it into his suitcase because a water monster levels Venice with Peter and his classmates in it.

Spidey happily accepts an assist from Quentin Beck (Jake Gyllenhaal), who sports a cape and nifty globe helmet like a 1950s underwater explorer. The Italian news refers to this "mysterio" man, the teens take up the moniker, and Beck embraces the new name. He's a traveler from another "-verse," a world-weary hero willing to fight the good fight and seemingly the answer to Peter's prayers. 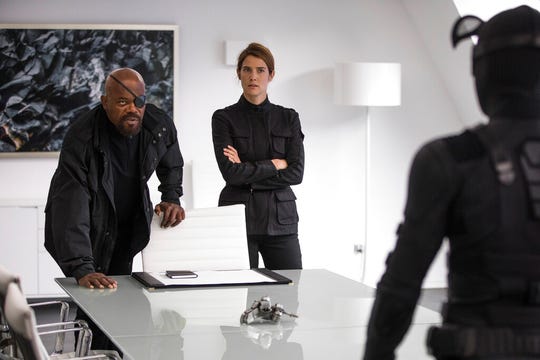 But things are not always as easy as they seem, and that's a lesson Peter learns the hard way when he tries to give up his responsibility. What was that that Uncle Ben used to always say about great power?

"Spider-Man: Far from Home" rips through a lively European tour from Italy to Prague and London while Peter wrestles with his fate, in which he seems to have no say. This is a journey about Peter surrendering to his destiny, leaning in to what it means to be a "superhero" in the wake of the Avengers. If "Into the Spider-Verse" explored all the different ways to be Spider-Man, "Far from Home" dives into the heart of what it means to be hero, a responsibility that isn't always easy. Good thing Spidey is one of the best.