Music, theater, dance and factory tour are all on the calendar this week. 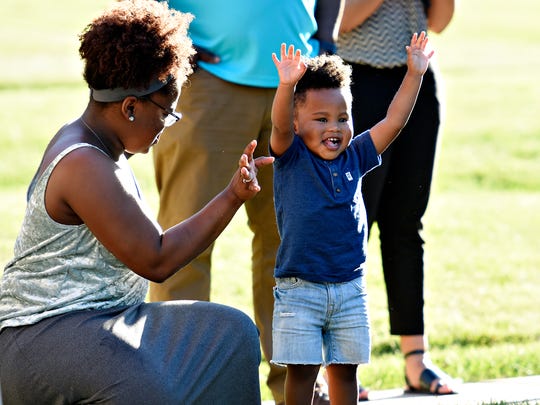 Get a taste of history during First Friday: Tavern Tasting & S'mores, 6-9 p.m. Friday, June 7, at the Golden Plough Tavern, 157 W. Market St. The York County History Center site will have free access to the historic tavern along with beer tastings from Brewery Products, an indoor scavenger hunt, games, music and a bonfire with s'mores in the backyard. Free. Information: www.yorkhistorycenter.org. More First Friday events include Jazz in the City, 5 p.m. in the lobby of the Strand Theatre, 50 N. George St., $5; and a free screening of "Trolls," 6:30 p.m. at the Capitol Theatre.

Greater York Dance presents its classical and contemporary concert at 7 p.m. Saturday, June 8, and Showtime! Early Childhood at 2 p.m. Sunday, June 9, at the Strand Theatre, 50 N. George St. Students from throughout the region will be performing. Tickets start at $19.13. Information: appellcenter.org.

Singer-songwriter Todd Snider will perform at the Appell Center for the Performing Arts in York City on Saturday, June 8. (Photo: Stacie Huckeba)

The Susquehanna Valley Theatre Organ Society presents Donnie Rankin, performing on the Wurlitzer organ at 4 p.m. Sunday at the Capitol Theatre at the Appell Center for the Performing Arts, 50 N. George St. Rankin has won a number of awards, including the American Theatre Organ Society's Young Theatre Organist Competition in 2007. Tickets: $15. Information: appellcenter.org.

Springettsbury Township begins its free annual Summer Concert Series at 7 p.m. Sunday, June 9, with a concert by Parrotbeach, a Jimmy Buffet tribute band. On Wednesday, June 12, Uptown Band will bring lots of dancing and audience interaction to the township. The series runs at 7 p.m. Sundays and Wednesdays through Aug. 4 at the Springettsbury Township Park Amphitheater, 1501 Mount Zion Road. Information: www.springettsbury.com. 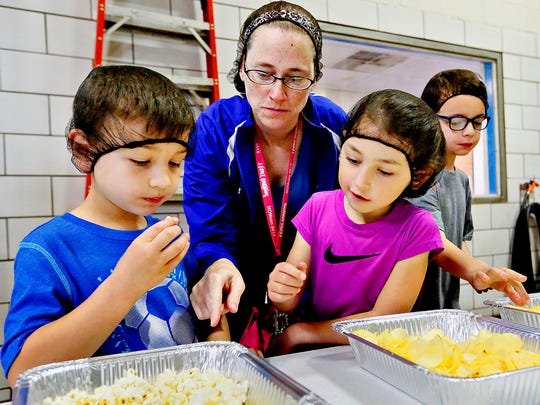 From left, Nathan Franck, 6, Heather Herr, Anissa Herr, 6, and Jackson Franck, 8, all of Hanover, sample popcorn and chips Wednesday, June 15, 2016, during a tour of Martin's Potato Chips during the 18th annual Made in America Tours Event, which runs June 15-18, at the factory in Thomasville. Dawn J. Sagert photo (Photo: The York Dispatch)

The 21st Made in America Event runs June 12-15 at farms, factories and museums around York County and the region. Businesses and other sites will open their doors for tours and demonstrations, many of them free. For information including a list of participating sites, go to www.yorkpa.org/events/made-in-america-event.

DreamWrights Center for Community Arts presents "Rent: School Edition," June 13-23 at the theater, 100 Carlisle Ave. The pop rock musical won Tony and Pulitzer awards when it was first on Broadway in 1994, and it deals with AIDS, trans issues and homelessness. The songs include "La Vie Boheme," "Tango: Maureen" and the title song, "Rent." Showtimes: 7 p.m. Thursday through Saturday, 3 p.m. Sunday. Tickets: $12 general admission, $16 reserved seats in advance, $2 extra at the door. Recommended for ages 13 and up. Information: DreamWrights.org or 717-848-2023.

The Miss Pennsylvania Scholarship Competition and Outstanding Teen Competition will be held June 13-15 at the Pullo Center. (Photo: submitted)

The Miss Pennsylvania Scholarship Competition and Outstanding Teen Competition will bring young women from around the state to the stage at the Pullo Center June 13-15. The competition is one of the largest scholarship providers for young women in the state. Times: preliminaries, 7 p.m. Thursday, 5 p.m. Friday, finals 8 p.m. Saturday at the center on the campus of Penn State York. Tickets: $55-$65. Information: http://pullocenter.york.psu.edu.