Ever heard of “Black Girl Magic”? That’s Marsai Martin in a nutshell. 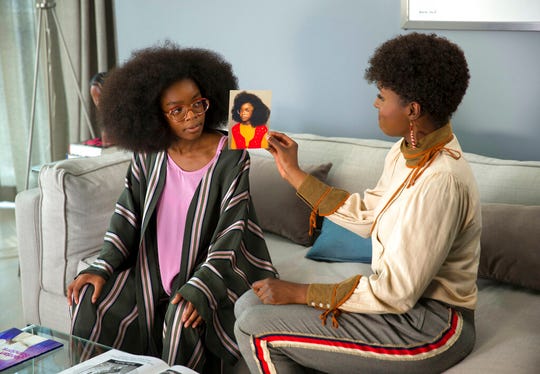 Ever heard of “Black Girl Magic”? That’s Marsai Martin in a nutshell. The 14-year-old “black-ish” star pitched and produced “Little,” in which she stars. And quite the team of powerful black women helped her make this “Reverse Big,” including co-writer/director Tina Gordon, co-writer Tracy Oliver and costars Regina Hall and Issa Rae. But Martin is what makes “Little” fill up the entire screen, through the sheer force of her charisma.

This twist on the beloved Tom Hanks vehicle plays on the same notion that it’s funny to watch an adult actor play a kid (see also: “Shazam!”). But it’s absolutely hilarious to watch a Martin play a brash boss lady with a taste for the finer things in life. The vicious tech mogul Jordan Sanders is played with aplomb by both Martin and Hall in a pair of performances that fit together seamlessly. It’s amazing to see how Martin so easily delivers eye-rolls and verbal roasts like the most mature of actresses. It’s all anyone can do to keep up with her. 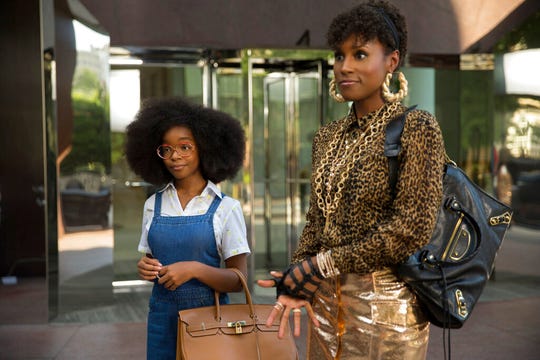 Jordan’s foil/victim/nemesis is her hip assistant April (Rae), whom she terrorizes at every turn. But when she finds herself on the receiving end of a toy magic wand and child’s wish she were little, Jordan wakes up in her 13-year-old body and needs April in a new way.

Her assistant relishes her new power as Jordan’s de facto guardian for appearances, which involves enrolling Jordan in middle school, the site of her life’s worst trauma. After a brutal, public humiliation, Jordan vowed to never let anyone hurt her again, so the walls went up and she hurt people before they hurt her. It’s middle school where she’ll have to make peace with the unabashed and vulnerable little kid she once was to truly learn the lessons required of the experience.

“Little” is essentially a one-joke movie, but Martin is so charming as a mini tyrant that it gives the joke legs. She has great chemistry with Rae, whose April is at once baffled and gleeful at the state of her boss. Rae modulates April’s personality over her people pleasing and nervousness, allowing her wild, aggressive side to come out in a rush that even seems to surprise her. April and Jordan have a zippy, smart and sassy rapport. Oliver and Gordon’s script is bold and daring, and it doesn’t pull any punches. 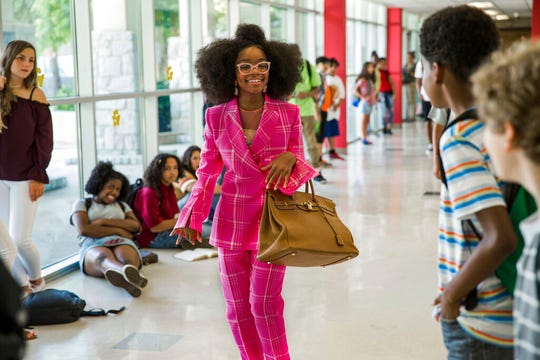 The plot is predictable but occasionally clunky, and some moments seem reverse engineered not to serve the story but to give Martin a chance to play, like an inspired but inexplicable lip-sync to Mary J. Blige’s “I’m Goin’ Down” in a posh restaurant. The plot serves more as a foundation to showcase Martin and Rae as movie stars — and they ably rise to the occasion.

The message itself is poignant and never gets lost in the antics or humor. To truly love and accept yourself and connect with others, you have to love and accept all the parts of yourself, including the dorky, bullied 13-year old. We could all stand to remember and love who we were at our smallest moments, because even our little selves deserve love too.