Eric Pride was at his house Saturday, Dec. 15, when he said his roommate noticed a strange sound outside. 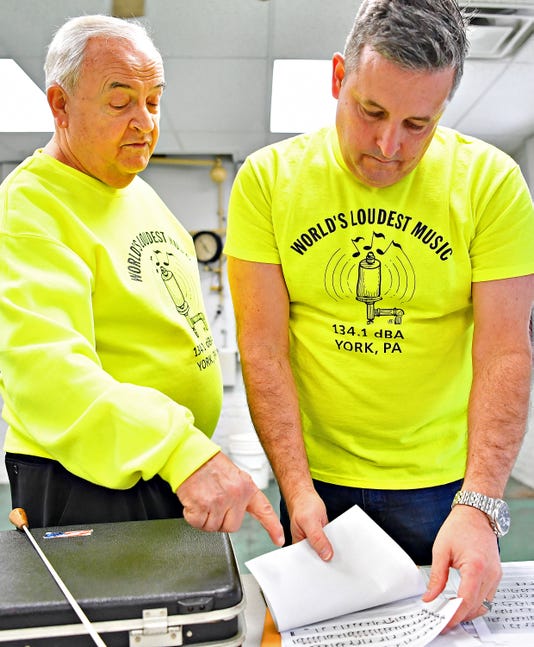 Whistle Master Donald E. Ryan, left, of Springettsbury Township, and his son Scott Ryan, of Collegeville, decide which song to play next during York Factory Whistle Concert rehearsal in York City, Saturday, Dec. 22, 2018. The York Factory Whistle Concert will take place early Christmas morning at 12:05 a.m. and last for about 40 minutes. On a calm night, the whistle can be heard in about a five mile radius. Dawn J. Sagert photo(Photo: The York Dispatch)Buy Photo

For native Yorkers, and even those who have lived in the city for a few years, the sound of Christmas carols emanating from one of the local factories is an integral part of the holiday season.

Every year since 1955, Whistle Master Donald Ryan and his family have performed carols on a factory whistle at 12:15 a.m. Christmas Day and during a handful of practice sessions in the weeks leading up to the big day.

The longstanding tradition began at the New York Wire Co. building on East Market Street. In 2013, the whistle was transferred to the Metso Corp. building on Arch Street, where the concerts have been performed ever since.

But for new transplants to York City, hearing the whistle for the first time without warning can be disconcerting.

Eric Pride, 32, moved to York from Lancaster County back in February. He was at his house Saturday, Dec. 15, when he said his roommate noticed a strange sound outside.

"We tried to identify what the noise was, and we ran through a whole bunch of things," he said.

Pride posted a question on Facebook, asking if anyone else was hearing the sound. He said it sounded "hauntingly creepy" and was permeating the neighborhood, as if someone had hooked up a theremin — an electronic instrument heard most often in sci-fi television shows — to a loud speaker.

One of Pride's neighbors, and a few people online, solved the mystery about the strange Christmas music, explaining that Pride was hearing one of the rehearsals for the annual factory whistle Christmas concert.

Pride said he did a little research on the concert and learned about the tradition.

"As confusing and, unfortunately, a little annoying as it was at the beginning, it seems like it’s a really charming tradition for York," Pride said. "I’m really kind of excited to hear what they sound like when they play for real this Christmas." 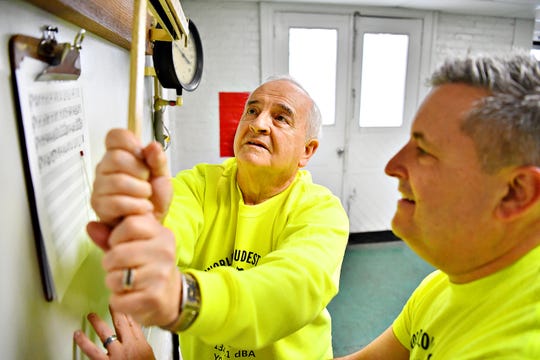 Whistle Master Donald E. Ryan, left, of Springettsbury Township, plays the York Factory Whistle while his son Scott Ryan, of Collegeville, points at the sheet music during rehearsal in York City, Saturday, Dec. 22, 2018. The York Factory Whistle Concert will take place early Christmas morning at 12:05 a.m. and last for about 40 minutes. On a calm night, the whistle can be heard in about a five mile radius. Dawn J. Sagert photo (Photo: The York Dispatch)

Online viewership numbers for the 2017 Factory Whistle Concert were not available, but during the 2016 performance, 3.25 million people in 45 countries tuned in for the livestream of the concert.

The whistle produces 134.1 decibels of sound at a 23-foot distance, which is louder than a jet engine at the same distance, according to information posted on Ryan's official Facebook page.

Jennifer Sipe is one of those native Yorkers for whom the factory whistle concert is a beloved family tradition.

"It takes me back to childhood when we would go to late Christmas Eve service with my grandparents, and my dad would take us downtown to hear the whistles," she said. "The streets would be loaded with cars and people." 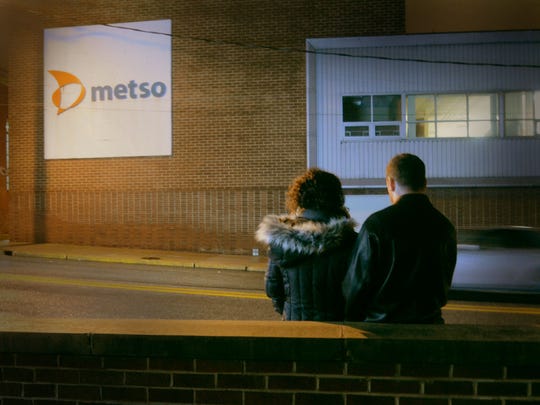 But Sipe, 37, understands that for someone who's never heard it before, the whistle is "definitely creepy sounding," and she offered them encouragement.

"I can see from them being out of the area, it wouldn’t mean to them as much as it does somebody who’s been here their entire life," she said, "but I would tell them to just give it a chance."