It's difficult to discuss what "Life Itself" is exactly about, because the film, written and directed by "This Is Us" creator Dan Fogelman, is such a twisty, tangled narrative that to describe any aspect of it is to risk spoilers. Besides, it's best to experience the twists and turns for yourself. 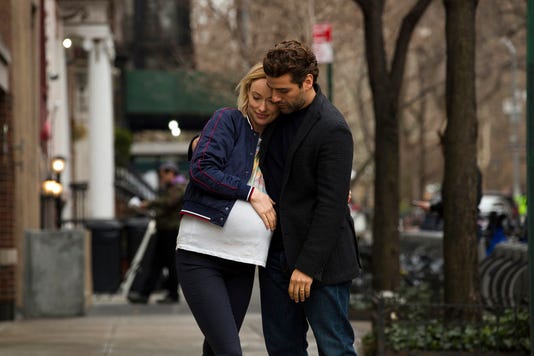 It's difficult to discuss what "Life Itself" is exactly about, because the film, written and directed by "This Is Us" creator Dan Fogelman, is such a twisty, tangled narrative that to describe any aspect of it is to risk spoilers. Besides, it's best to experience the twists and turns for yourself — going in cold really enhances the baffling experience of watching this emotionally sadistic film.

The worst thing about "Life Itself" is not that it is emotionally sadistic. It's just how much it wants to be emotionally sadistic, while simultaneously missing the mark by a mile. Maybe over the course of a series, one could build the kind of attachment to characters in which the morbid and frankly, gory scenarios might wring an emotional reaction, but contained within a feature-length running time — and with so much effort showing — it's a grand failure.

Watching "Life Itself" itself feels like being constantly pranked. It is an exercise in pulling the rug out from under the viewer, because the larger theme of the film is the "unreliable narrator," which is spelled out for us in kindergarten blocks when Abby (Olivia Wilde), in a flashback, declares her college English thesis is going to be on said literary device. She describes her epiphany to her boyfriend Will (Oscar Isaac) in a tumble of words: The most reliable narrator is ... life itself. Or maybe life itself is the most unreliable narrator. Who knows? It's one or the other, but truly, the film drains all meaning from the phrase.

The cheapest thing about Fogelman's unreliable narrator device is he uses it like a party trick, not to enhance the story in any way, like unreliable narrators used to great effect in film noir. The entirety of "Life Itself" is a cheap trick, starting with the trailer. You thought this was a movie about Oscar Isaac and Olivia Wilde in love? Think again.

Will and Abby do serve as our entry point into the sprawling story. Drunk, crazy Will has recently been released from an institution, participating in mandated sessions with a therapist (Annette Bening). Abby's no longer in his life, and his therapy involves describing the horrors of her rough childhood and writing screenplays like he and Abby used to dream about.

Their favorite movie was obviously "Pulp Fiction" (unreliable narrator), and they're dressed as Vincent Vega and Mia Wallace when Will demands Abby "say yes" to his impromptu proposal over the keg at a Halloween party. 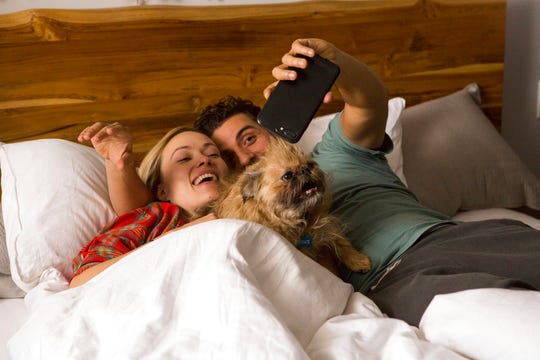 We see snippets of their relationship — declarations of love at frat parties, arguing about Bob Dylan in bed, happy lunches with Will's parents (Mandy Patinkin and Jean Smart) wherein his mother is delighted Abby's parents are dead, so she doesn't have to share the grandchildren. You know who else delights in dead parents? Dan Fogelman.

Suddenly, we're in Spain, on a bucolic olive farm owned by a philosophical Mr. Saccione (Antonio Banderas), who has a close connection with the family of his foreman, Javier (Sergio Peris-Mencheta), his wife Isabel (Laia Costa) and son Rodrigo (Adrian Marrero). Somehow the family in New York and the family in Spain are going to come together, simply because Fogelman wants to prove he can, manipulating the characters like a bunch of very depressing Sims.

"Life Itself" conjures up a lot of questions, but not the existential ones for which Fogelman might be hoping. Rather, the questions are more "What the ...?" "Why?" and by the time the whole sodden, death-obsessed thing wraps up, all we're left with is "That's it?" The convoluted storytelling tries but fails to camouflage that there's just not that much story there. It turns out the most unreliable narrator was Fogelman all along.